I am able to implement the default uniform cost search (python) to find the shortest path between two nodes (path cost). I followed this pseudocode: 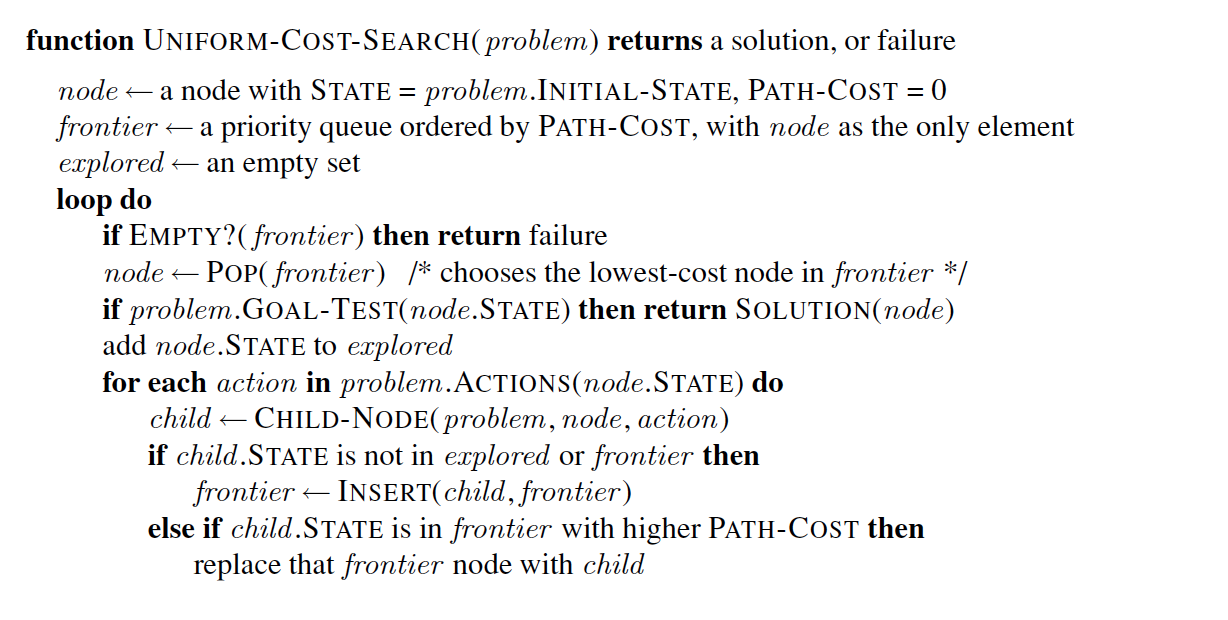 Now, I want to calculate the shortest path with fuel constraint.

Each edge in the graph is associated with a pair of values (đť‘‹, đť‘Ś) where đť‘‹ denotes the distance and đť‘Ś denotes the fuel cost. 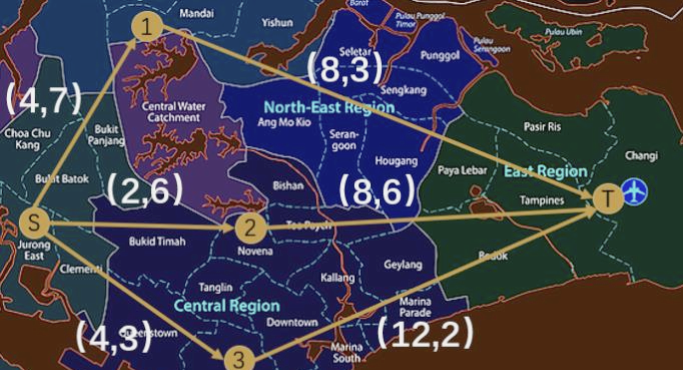 What approach should I use for my current UCS algorithm?

Now with this additional fuel cost budget/constraint, what should I modify? Does it seem that now there could be more than one instance of the node with different fuel costs and distance in the queue?

You may want to check this survey for solutions: "A survey of resource-constrained shortest path problems: Exact solution approaches" (by Luigi Di Puglia Pugliese and Francesca Guerriero)

Not the answer you're looking for? Browse other questions tagged graphs artificial-intelligence or ask your own question.