Looking for an algorithm for multi-path funnel analysis

Suppose we have a dataset with each instance: {uid, action, TS}. The funnel algorithm (e.x https://clickhouse.com/docs/en/sql-reference/aggregate-functions/parametric-functions/#windowfunnel) looks at a set of sequential actions [action1, action2, action3] and generates the retention after each action.

The funnel algorithm assumes there is one path from the first action (starting node) to the last (target) action (last node). I am looking for an algorithm to do funnel analysis for multiple paths, as shown in the figure below. I have a feeling that there is an algorithm specifically designed for this problem since it is a very common scenario in the industry. Can we solve this w/ graph theory? 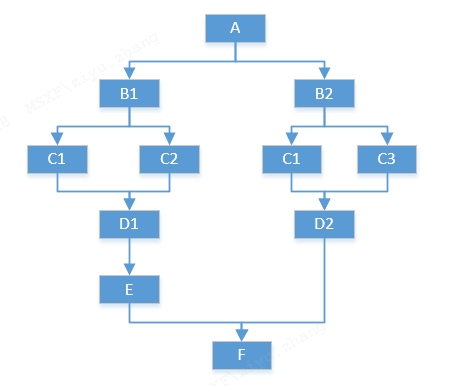