Let $L$ be a regular language.

Prove that $half(L)$ is regular as well.

Then using the product automaton of A and B to solve it.

I wonder if there is a easy proof for this one.

If $L$ is regular , then FirstHalves or $Half(L)$ is also regular.

[Note: In Short, design $DFA$ for $L,$ traverse from both directions (start and final),if reach at common states with same number of transitions, make them as new finals, result will be $DFA$ for $Half(L)$ ] 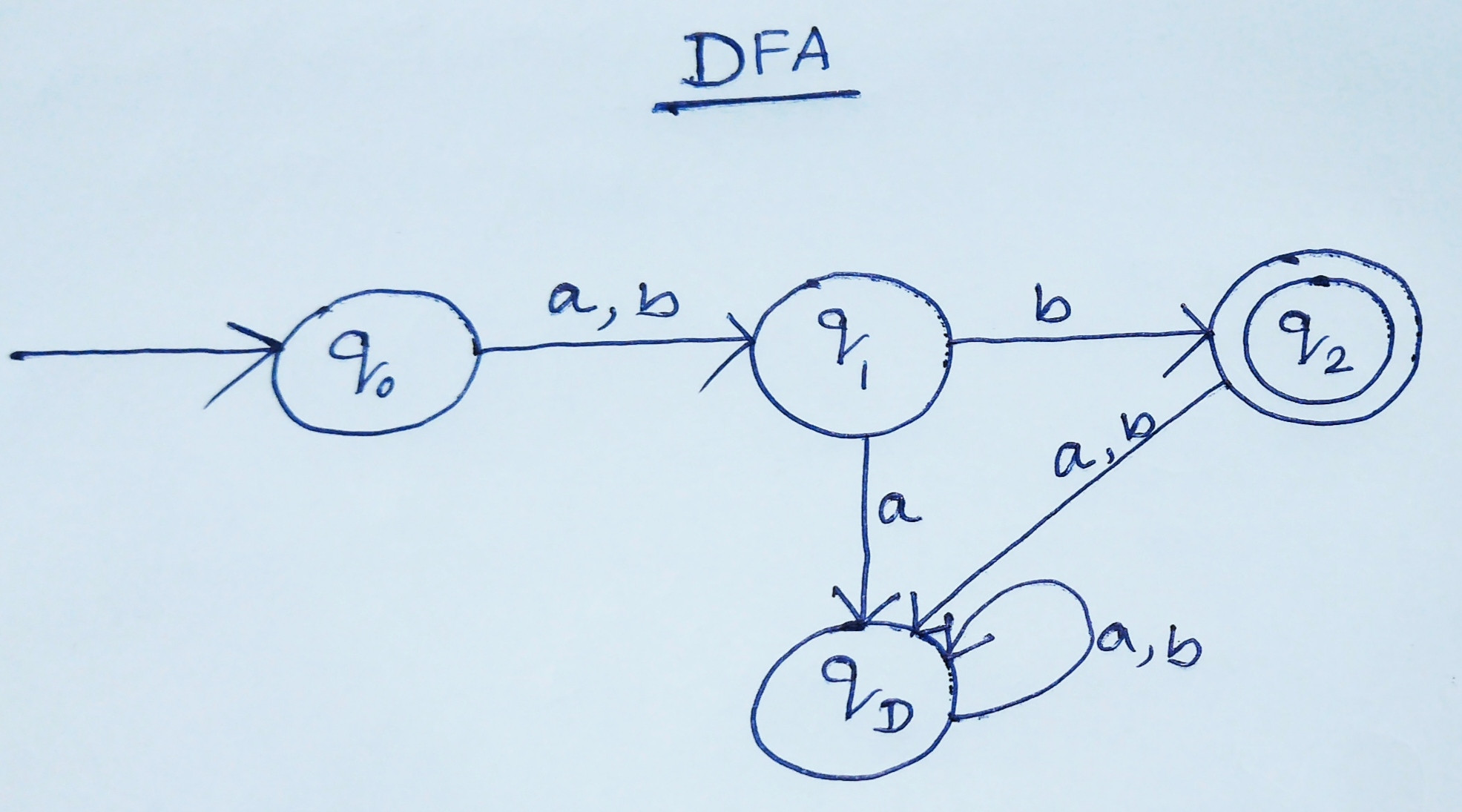 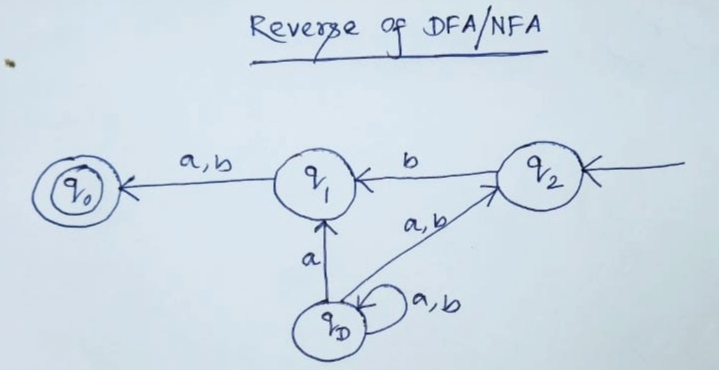 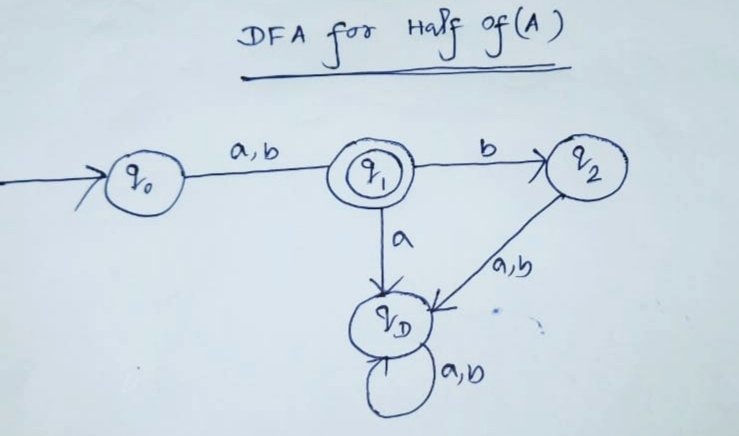 I guess this question Prove half(L) is regular is the same.

There are several ways to prove a language is regular:

Note: You can't use the pumping lemma to prove a language is regular.

In the end, I don't assume there is a simpler way to prove your language is regular using one of the above options. Since you almost know nothing about that language it's hard to use the above strategies.

The language $\mathrm{half}(L)=\{x\mid xy\in L,|x|=|y|\}$ can be quite complicated, compared to the original language $L$. I am afraid that there is no simple construction and we have to keep track of the behaviour of the automaton both forward and backward, which is the product automaton you are referring to.

Let me walk through an example, take $L = (aaa)^*b(cc)^*$, a rather innocent language, which can be accepted by a five-state automaton.

The product construction starts with two states in the automaton, the initial and final states. It follows the first state as in the original automaton, but for the second we follow an edge (any label) backwards, and we know that from that second state we can reach the final state in exactly the number of steps we have done so far. Accept when both states are equal. The "hard proof" you mention. Here is what I got. Choosing the backward edge is non-deterministic (several edges may point to the state) and the result is quite unclear. Note the large blop of useless states at the top. 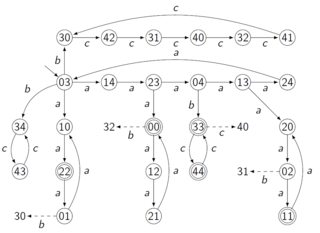 This can be improved in this case by first determinizing the backward automaton. We keep track of sets of (backward) reachable states. Now accept if the forward state is an element of the backward set. (eg., $0\in S=\{0,1,4\}$.) Lower diagram is the final result of this "deterministic" product construction. Here a line of useless states at the bottom that can be removed without changing the language. 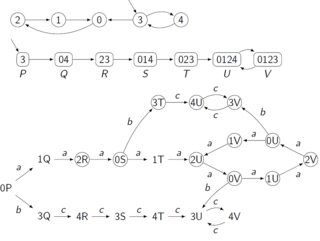 To keep the answer of reasonable size, the figures are reduced. If you click on the image you get again reduced size. Remove the final 'm' from the filename and it will be better readable.

note. In the answer to Is Lhalf={ w :for some z∈L,x∈Σ∗,z=wx∧|w|=|x| } regular? [duplicate] a slightly different construction is given. Rather than forward-backward simulation, the automaton guesses the middle state $q$ and simulates two parallel forward computations, the second one starting in $q$. When the first computation ends in $q$ and the second in a final state, we accept.

Not the answer you're looking for? Browse other questions tagged formal-languages regular-languages automata finite-automata context-free or ask your own question.