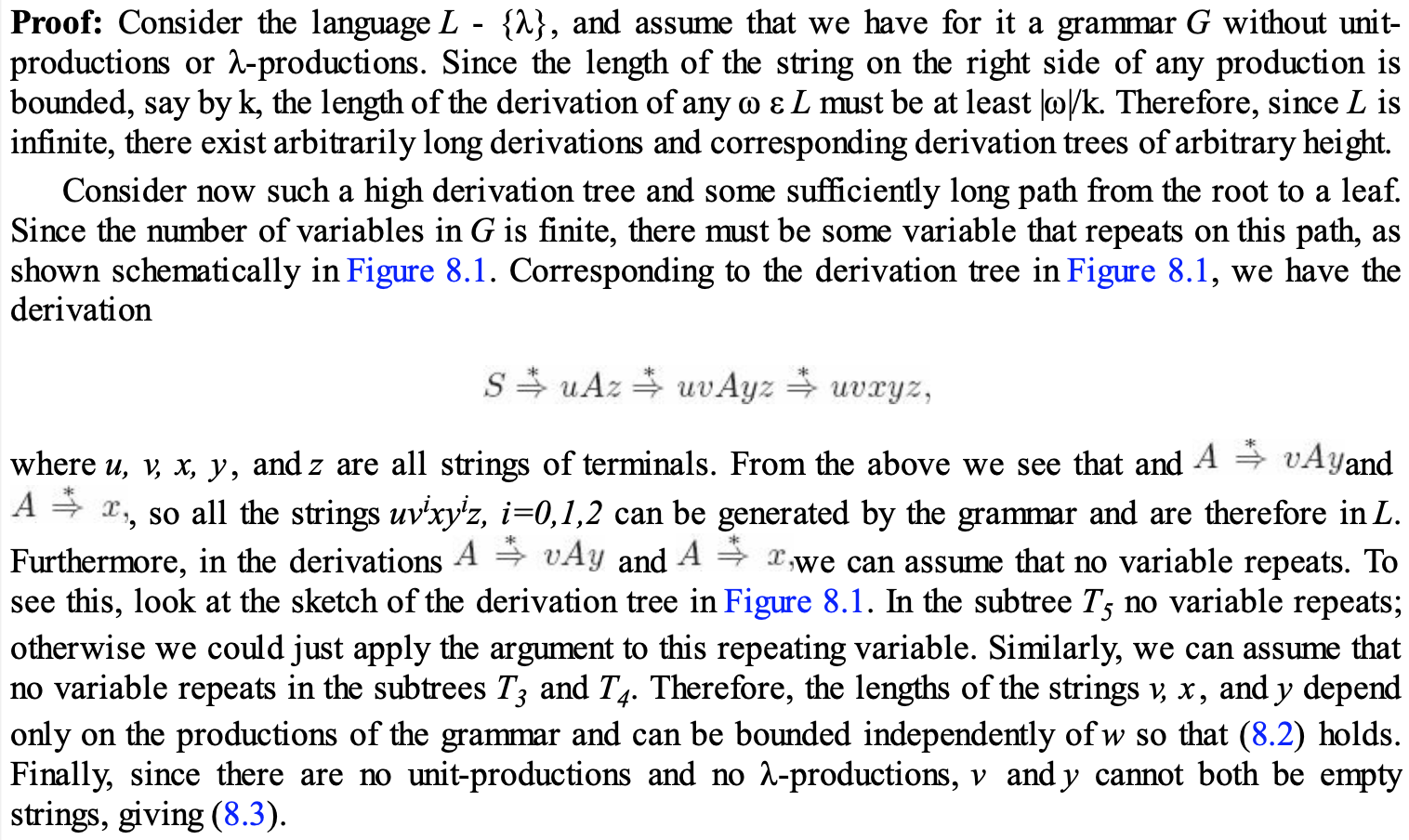 Above is the proof of the pumping lemma for context-free languages, coming from the book 'Formal Languages and automata' by Peter Linz.

The picture below is in support of the proof.

I do not understand two things about this proof:

1) "we can assume that no variable repeats in the subtree T_5". Why should there not be any variable that repeats itself? Why is that a problem?

It is certainly possible that some variables repeat in the subtree $T_3$, $T_4$ or $T_5$. There is nothing wrong with those situations, except that those situations are too relaxed for us to ensure "the lengths of the strings $v$, $x$, and $y$ depend only on the productions of the grammar and can be bounded independently of $w$ so that (8.2) holds"

Let us verify that we are able to assume those two assumptions.

One way to enable those two assumptions is described in the textbook. I will let you to convince yourself it works.

Here is a slightly different way to enable those two assumptions. We know that there are repeated variables on some path from the root to a leaf. Choose a pair of the same variable so that the number of nodes in the subtree rooted at the upper appearance of the variable is the smallest among all possible such pairs. Let that pair be shown as the two $A$s in the following derivation, which corresponds to figure 8.1.

There is no repeated variable in subtrees $T_3$, $T_4$ and $T_5$, since any repeated variable in $T_3$, $T_4$ or $T_5$, say $B$, means the subtree rooted at the upper appearance of $B$ has smaller number of nodes than the subtree rooted at the upper $A$ (as the former tree is strictly contained in the latter tree), which contradicts to how $A$s in the figure have been selected.

Not the answer you're looking for? Browse other questions tagged formal-languages automata finite-automata context-free pumping-lemma or ask your own question.