Minimum number of clues to fully specify any sudoku?

The fewest clues required for a proper Sudoku is 17, but not all completed grids can be reduced to a proper 17 clue Sudoku. About 49,000 unique (non-equivalent) Sudokus with 17 clues have been found. (A proper Sudoku has only one solution).

The most clues in a minimal Sudoku is believed to be 40 (two are known to exist), but it has not been proven if this is the maximum. (minimal means that if any clue is removed, the Sudoku would have more than one solution, and therefore not be a proper Sudoku)

(This information is from Wikipedia, of which these statements are well referenced).

Since permuting two rows within a single block of a valid, completed sudoku produces another valid, completed sudoku, you can take any completed board (81 clues) and remove the first two rows (81-18=63 clues), which will give you an incomplete sudoku with two solutions. Note that even if you remove all but one of the 18 numbers there, the solution is immediately uniquely determined (since there can be no number repeated in the same column).

Another operation that produces another completed sudoku is applying a permutation of $\{1,\ldots,9\}$. If you take a permutation that is a transposition (permutes two elements, keeping the other fixed), again, as before, you can remove all appearances of those two elements and you have an incomplete sudoku with two possible solutions and 63 clues. Again, if you don't remove all 18 numbers, the solution will be unique.

Of the six elemental operations that produce a completed sudoku (see here), these two are the ones that can involve the least number of elements, so I'd say $C=63$ is an upper bound for what you're looking for. I know this does not exactly answers your question, but the general idea of removing sets of positions which produce two different solutions might be a good starting point.

This Sudoku has 77 clues and yet it has multiple solutions (2). You can use 7-4 on the top row and 4-7 on the other one or using 4-7 on the top and 7-4 on the bottom. This particular Sudoku puzzle needs 78 clues to have a unique solution. 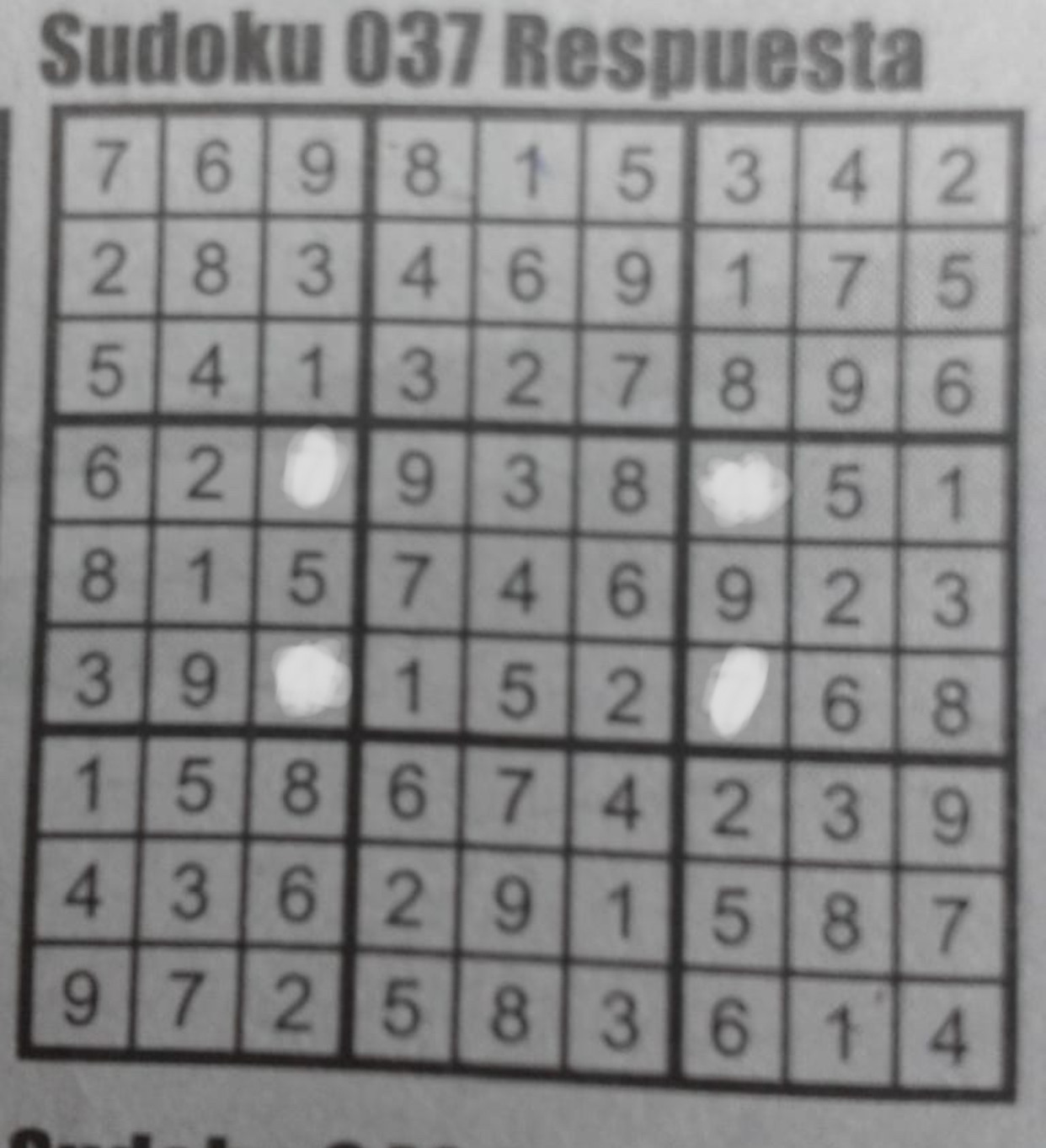 Not the answer you're looking for? Browse other questions tagged sudoku combinatorics or ask your own question.

13
Random Sudoku generator
16
Efficient encoding of sudoku puzzles
7
Are there ways to automatically (no human testing) measure a $9 \times 9$ Sudoku puzzle's average hardness for a human to solve?
6
Minimum number of givens for General Sudoku of size $n^2 \times n^2$
14
How much complexity difference can there be between finding a solution to a Sudoku puzzle and PROVING that the solution is the unique solution?
0
How can I complete my derivation of an algorithm to solve Sudoku puzzles from my formalisation of the rules?
2
Is any sudoku solver an SAT solver?
0
Pseudo-Proof of Constrained Sudoku is co-np
0
2-SAT reduction to Easy Puzzle Solving