I have asked this question in StackOverflow. I was asked to move in here. so here it is:

I need some clarifications and inputs regarding Dijkstra's algorithm vs breadth first search in directed graphs, if these are correct.

but for that, All paths from A to all other Nodes in the graph are calculated and we grab the path from A to F by reversing the sequences of nodes in prev.

BFS: finds the shortest path from node A to node F in a non-weighted graph, but if fails if a cycle detected. 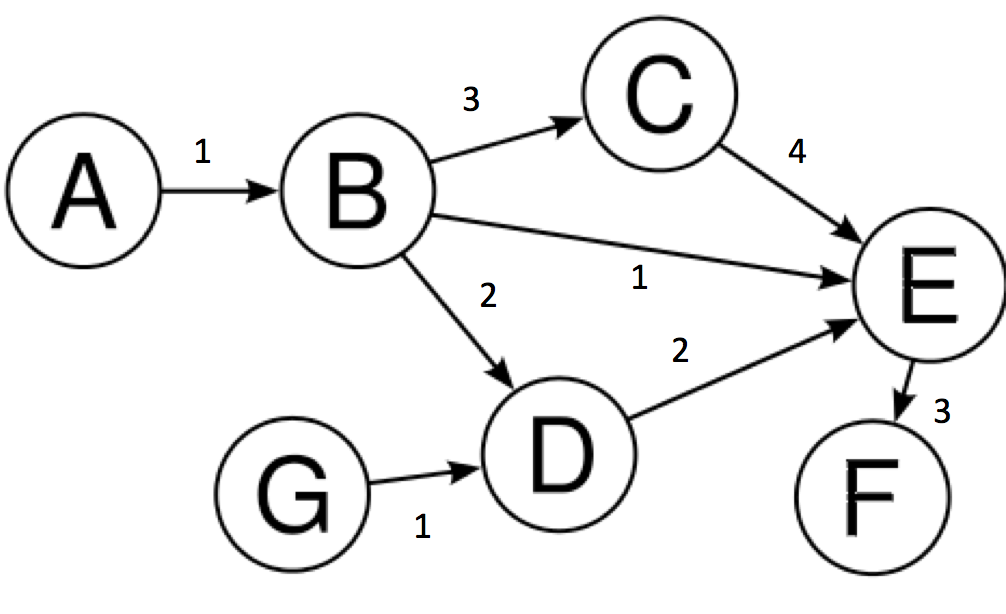 While Aditya's response is good I would like to clarify a few points.

Breadth-First Search (BFS) just uses a queue to push and pop nodes to/from. This means that it visits nodes in the order of their depth.

If it happens that the cost of all operators is the same (so that they are considered to be equal to 1), then it is guaranteed to find an optimal solution.

As a consequence, note the following:

In fact, if you add a CLOSED list to BFS as suggested in point 3 above and also sort nodes in the stack (the so-called OPEN list) in ascending order of $g(n)$ (i.e., the cost of the path from the start state to $n$) then you have Dijkstra's algorithm (well, there is also another very important difference, while BFS stops when generating the goal node, Dijkstra's stops when expanding it).

Hope this helps, maybe a more detailed explanation of these algorithms is needed. If so, do not hesitate to ask for them