How does a TLB and data cache work?

I'm trying to study for an exam and I realized I'm confused about how the TLB and data cache work.

I understand that the TLB is essentially a cache of most recently used physical addresses. However, I was looking at a diagram in my textbook (shown below), and I don't understand what's going on in it. It suddenly splits up the physical address and uses it to index the cache, I guess. But why is it showing the cache and data separately? and why is the byte offset just left floating? I'm pretty sure the cache is supposed to store data as well. I don't think its sole purpose is to determine whether or not there's a hit or miss inside of it.

I apologize for my ignorance in advance, but the book barely covers TLB's (it's like a little more than a page) and it doesn't do a very good job at explaining the relationship between a TLB and cache. 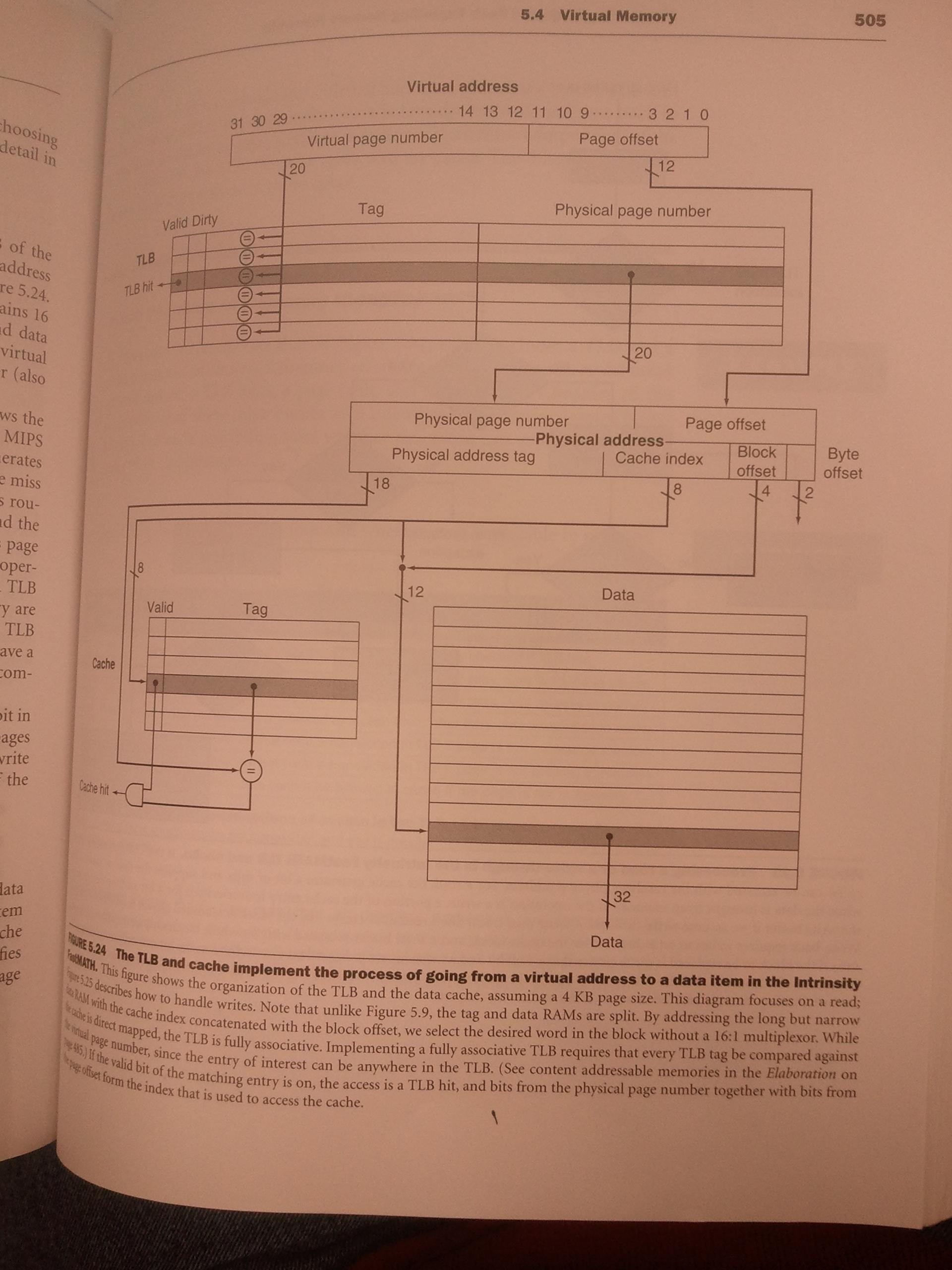 I think I see your confusion. The TLB and the data cache are two separate mechanisms. They are both caches of a sort, but they cache different things:

They are both caches, but they serve a different purpose. The processor uses both for each memory operation: it first uses the TLB to convert from virtual address to physical address, then it checks the data cache to speed up the process of reading the value stored in memory at that address.

For more details, you can read the Wikipedia article on TLBs. If you do a search, there is a lot of other information available on TLBs and data caches. I suggest searching for "TLB" and for "L1 cache" or "L2 cache" (the latter 2 are kinds of data caches).

(For future reference: we expect you to do some research on your question before asking here, and to check standard Internet sources. If the answer can be found in Wikipedia, you haven't done enough research on your own. You might have had better luck if you'd checked Internet sources for information on how TLBs before asking here. See also How much research effort is expected of Stack Overflow users?. So, take the opportunity to use this as a lesson for how you can improve your own research skills -- something that will be valuable to you throughout your career.)

Not the answer you're looking for? Browse other questions tagged computer-architecture cpu-cache virtual-memory or ask your own question.

5
How does a TLB lookup compare all keys simultaneously?