How can one byte hold 256 possibilities?

Forgive this seemingly "troll-ish" question, but I must lack the ability to understand how one byte (two nibbles, eight bits, however you wish to describe it) can hold 256 different states, possibilities, values or such.

First of all, one bit would look like this: 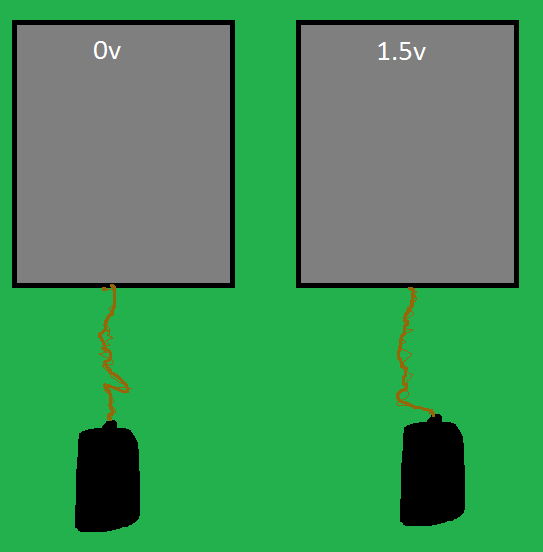 Any way of being able to input two states (in the poor example above, two separate circuits at different voltages can be treated logically as "yes" or "no").

So if one bit is two possible states, multiplication factors yield that by two:

In total, I get a sum of sixteen values multiplying the factors by two for every increasing bit. How would it make sense that one byte can hold 256 different values in a circuit?

In a four bit adder, we'd have something like this: 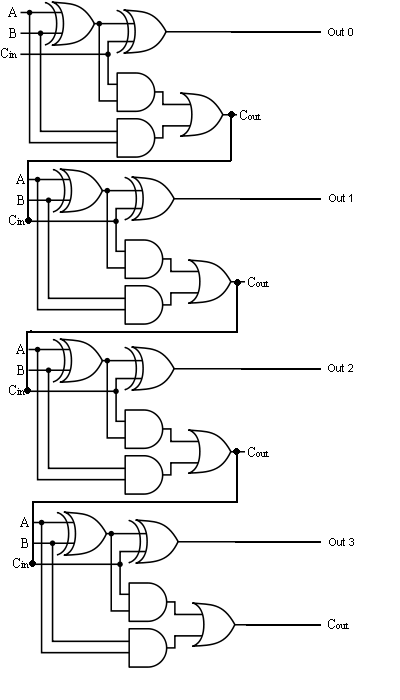 This also yields 8 possible values. How would it get 128? Could anyone clarify this confusion??

NOTE: This doesn't have to just apply to adders circuits with transistors and logic gates, but to the pits and lands on an optic disc, the platter representation of data on a disk drive, flash drive binary storage, RAM, anything. I just want to know how increasing factors of two is multiplied by (seemingly) powers thereof.

I just did a quick animation to convince you. Yellow is one, blue is zero.

You said you were going to multiply by two each time but you added.

The simplest way to see it is just to count them.

Forgive this seemingly "troll-ish" answer, but I think that perhaps you should learn how to count — in binary, that is, and using eight-bit strings to represent the numbers.

and so on. Take the time to actually carry on this process, at least to one hundred. It won't take long, and it will help to build into you the visceral understanding of exactly how it is that eight bits can represent two hundred and fifty six possibilities — you will not merely know it, you will grok it.

Your misunderstanding and confusion comes from very basic point that you should not multiply 2 into the number of bits. Instead you should use power function.

Similarly for 4 bits, you can replicate the same rule.

One more point, I can guess you have one more confusion. Let me tell you that If you want to know the largest number you can store in a byte, it is good to know that it is 255! not 256 not even 512.

19
How many edges can a unipathic graph have?
3
How many structurally different trees can be formed with n nodes?
0
Given two sequences of the same size, how many longest common subsequences can they have?
2
How can I solve this constrained assignment problem?
1
Faster way of calculating how many ways can $2n$ elements be paired?
0
Given the alphabet $\{a, b, c\}$, how many words can we form with 4 letters?
1
How does one generate all the terms of a multivariate polynomial algorithmically?
2
How many different strongly connected graphs can be created given n nodes?
2
Can all teams in a tournament finish with the same points? If yes, how can there also be fewest drawn matches?