How to analyze the performance of a genetic algorithm experimentally?

I have a genetic algorithm for an optimization problem. I plotted the running time of the algorithm on several runs on the same input and the same parameters (population size, generation size, crossover, mutation).

The execution time changes between executions. Is this normal?

I also noticed that against my expectation the running time sometimes decreases in place of increasing when I run it on a larger input. Is this expected?

How can I analyze the performance of my genetic algorithm experimentally?

The average is better than the best-value-achieved-in-a-set-of-runs but variance should also be taken into account.

There are some nice examples on Randy Olson's website: 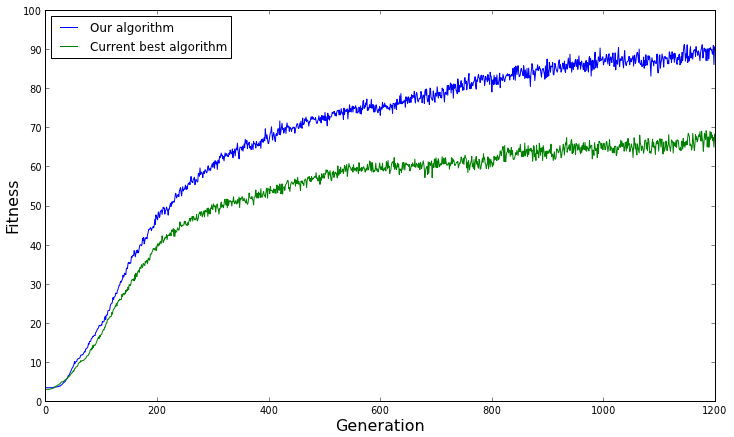 The average fitness of both algorithms over several replicates. From this graph, we would conclude that our algorithm performs better than the current best algorithm on average. 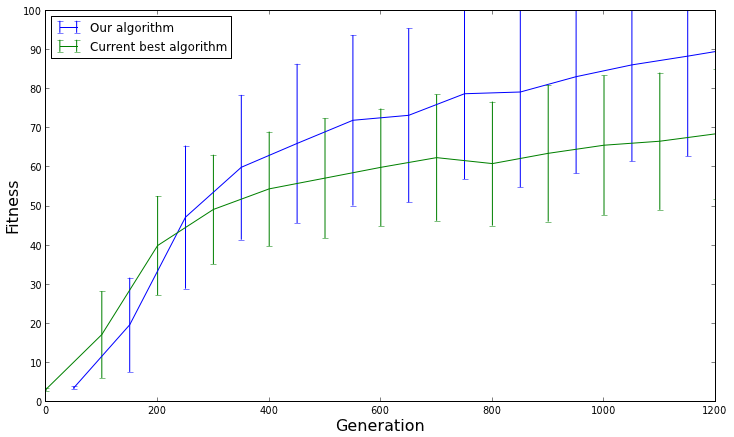 The average fitness with a 95% confidence interval for each algorithm. This graph shows us that our algorithm does not actually perform better than the current best algorithm, and only appeared to perform better on average due to chance.

The basic breakdown of how to calculate a confidence interval for a population mean is as follows:

In EA, the source distribution is essentially never normal and what said so far formally applies only if it's a normal distribution!

Indeed it still tells many things. The following table summarizes the performance of the t-intervals under four situations:

For more accurate answers non-parametric statistics are the way to go (see An Introduction to Statistics for EC Experimental Analysis by Mark Wineberg and Steffen Christensen for further details).

For example, See the figure 3 of this paper: A Building-Block Royal Road Where Crossover is Provably Essential where performance of various GA are compared against each other.

The plot shows changes in fitness (Y-axis) vs iteration number (X-axis). Each algorithm is run multiple times and the average, min and max fitness is shown in the plot. Hence, showing clearly some GA variation have better performance than others.

The asymptotic convergence of fitness over iteration as suggested by vzn's answer is also very useful for most cases.

(Except for when fitness doesn't converge when you have an evolving fitness function.)

the basic strategy is to graph the fitness function over time. one can graph the fitness of the best solution or average fitness of solutions, worst solution etc. the best/worst will exhibit stairstep-like properties and the average will show an asymptotic convergence toward the optimum achievable by the GA. there is not really generally an a priori "execution time" associated with finding a solution for GAs, one usually terminates the algorithm at a point that is "good enough" by inspection of this asymptotic curve.

see eg graphs at the end of this slideshow: