how to draw a complement of a Turing Machine? 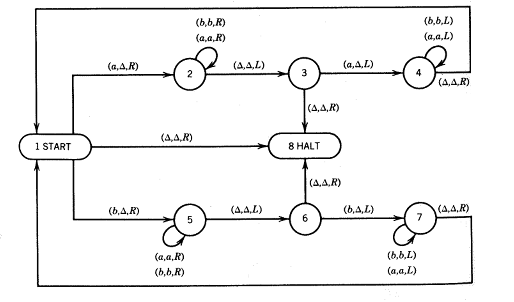 You cannot do it in general.

It would make the complement of your language semi-decidable, like the language itself. Hence they would be both decidable by running both machines in parallel.

Of course, this concerns only the case of semi -decidable languages for which the TM does not always halt for words not in the language.

If you have a decidable language for which the TM always halt with a yes or a no, you just exchange the yes and the no.

However there are some precautions to be taken:

Not the answer you're looking for? Browse other questions tagged turing-machines automata closure-properties or ask your own question.