What do complexity classes look like, if we use Turing reductions?

For reasoning about things like NP-completeness, we typically use many-one reductions (i.e., Karp reductions). This leads to pictures like this: 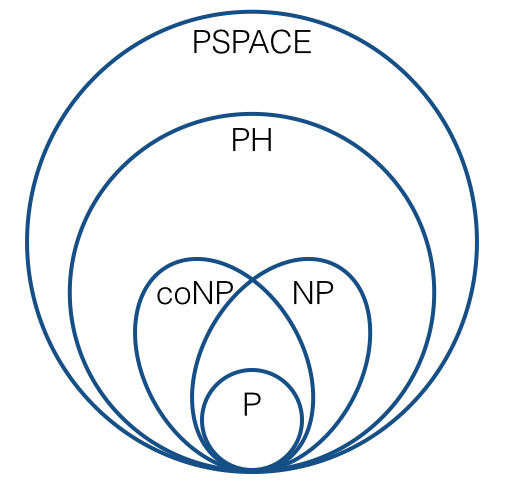 (under standard conjectures). I'm sure we're all familiar with this sort of thing.

What picture do we get, if we work with Turing reductions (i.e., Cook reductions)? How does the picture change?

In particular, what are the most important complexity classes, and how do they relate? I am guessing that $P^{NP}$ plays the role that used to be taken up by $NP$ and $coNP$ (because $P^{NP}$ is closed under Turing reductions in the same way that $NP$ is closed under Karp reductions); is that about right?

So should the picture look like $P \subset P^{NP} \subset PH \subset PSPACE$ now, i.e., something like the following? 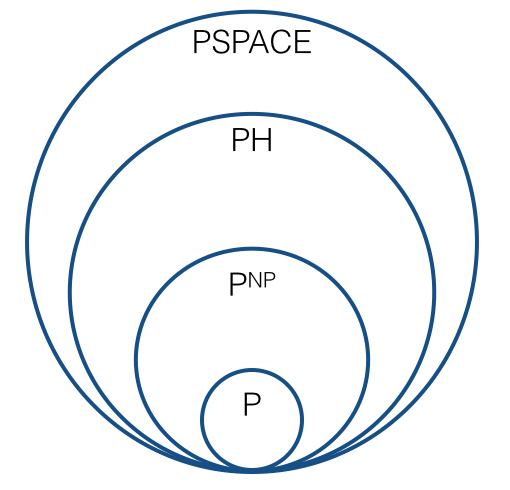 Is there some new sequence that plays a role that corresponds to the polynomial hierarchy? Is there a natural sequence of complexity classes $C_0=P$, $C_1=P^{NP}$, $C_2=?$, ..., such that each complexity class is closed under Turing reductions? What is the "limit" of this sequence: is it $PH$? Is it expected that each class in the sequence is different from the previous one? (By "expected", I mean under plausible conjectures, similar to the sense in which it is expected that $P \ne NP$.)

If the polynomial hierarchy does not collapse all inclusions are strict.

Not the answer you're looking for? Browse other questions tagged complexity-theory reductions complexity-classes or ask your own question.