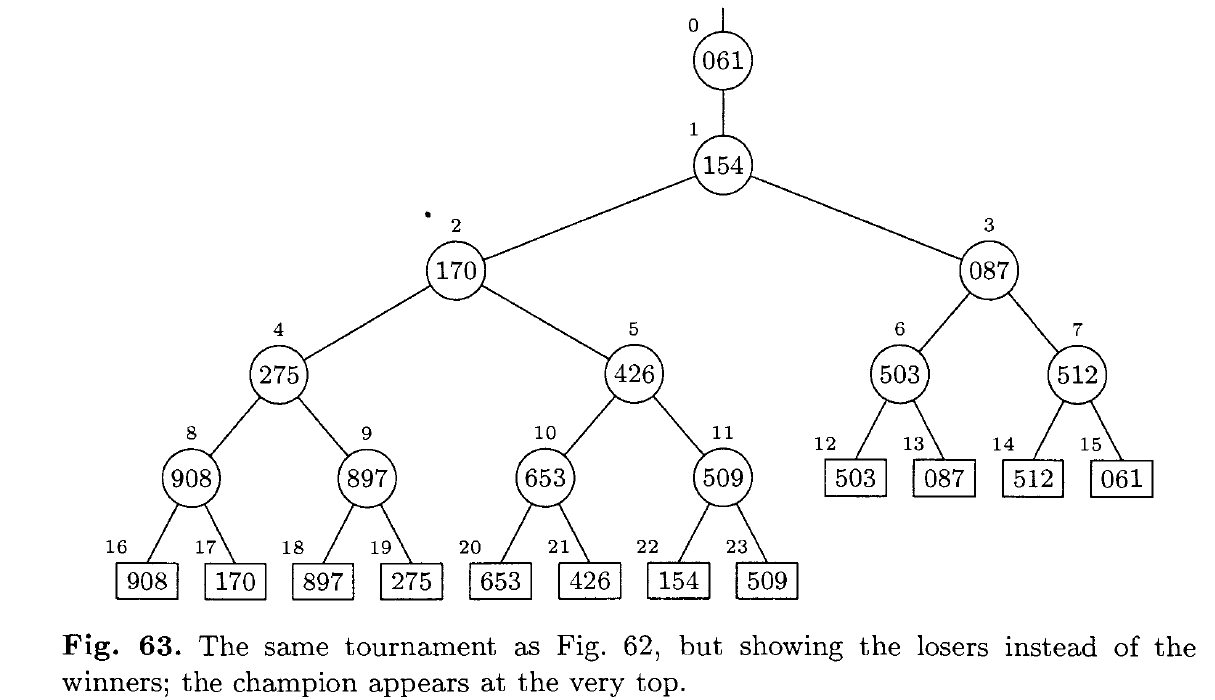 There are several named fields in each node:

$KEY$ = the key stored in this external node;

$LOSER$ = pointer to the "loser" stored in this internal node;

$RN$ = run number of the record pointed to by $LOSER$;

$PE$ = pointer to internal node above this external node in the tree;

The key observation may be each array element of X (regrettably called node by DEK, just as the nodes of fig. 63) representing one internal (round) and one external (rectangular) node of figure 63 with no discernible relation.
1&2) Don't think so, for this formula it should suffice to take LOC(X(j)) as the location in MIX's linear memory of (the first word of) the jth element of array X of records of c words each (see 2nd paragraph above), a natural number from 0 to 3999. (Then, there is en.wikipedia.org/wiki/MIX)
3) yes, $cj$ is consise for $c * j$
4) $L_0$ seems to be the location of the first word of all the consecutive words representing Algoritm R's data structure
5) Those LOC()-expressions denote the locations of X's elements 9, 8, and 2, resp.
6) no relation I can see: $17$ happens to be $5 + P = 5 + 12$, the parent (external, PE) of which is (internal) node 8, coincidentally represented by the same element as (external) node 20, parent (internal, PI, used to be FI(/FE) in 1st ed.) of node 5 is 2, $14 = 2 + P$ happens to share the same element of X.

Not the answer you're looking for? Browse other questions tagged algorithms data-structures or ask your own question.

1
Priority queue with ubounded number of elements (i.e., with dynamic storage)
2
What is the advantage of leaf trees vs. node trees?
6
Optimize binary search on Segment Tree by storing past result
3
Algorithm for automatic/optimal database joins?
4
Why do some search trees store all the elements in leaves, while others don't?
1
Deletion of record from B+ tree
2
Space-efficent storage of a trie as array of integers