Single Source Shortest Path: What does the weights on the vertex and edges tell you? 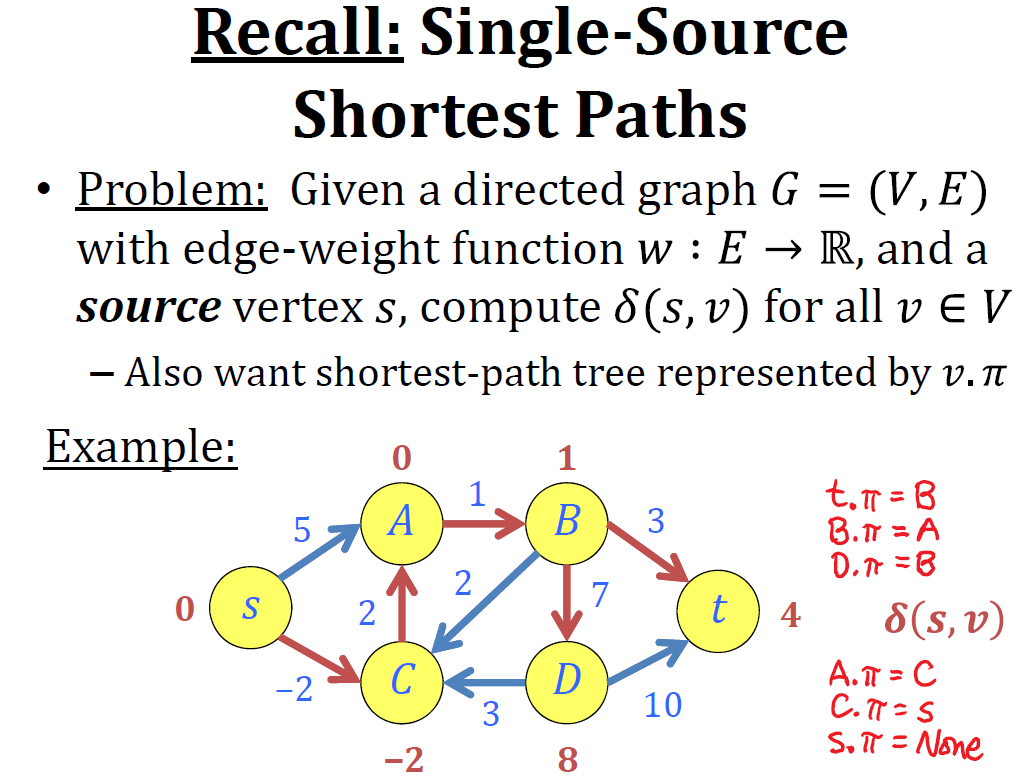 In MIT's open courseware (http://courses.csail.mit.edu/6.006/spring11/lectures/lec15.pdf), I do not see how computing a set of numbers on the edge and the vertex will produce the shortest path.

Can someone please explain what information I can get by looking at the above example? How can I tell what is the shortest path to where?

In this example, the numbers on the edges are "given" - they are weights of the edges of the graph in which you want to compute the shortest paths from the source vertex S to all other vertices.

The rest of the information on this graph is the result of the shortest path computation (though this slide doesn't give the algorithm used to compute it - the algorithm is given in subsequent slides).

The result consists of two parts:

The actual shortest paths are encoded in a peculiar way, relying on the fact that if you take all edges that participate in at least one shortest path from S to some other vertex, you'll get a tree. Here's why:

What's a structure where each vertex has a parent? It's a tree! So we obtain a tree of shortest paths. This tree is a subset of the graph's edges. On your picture, the edges included in this subset are highlighted with red color.

This tree can be used to reconstruct the shortest path from S to any vertex. E.g., for vertex D, its parent is B, B's parent is A, A's parent is C, C's parent is S, so we get S-C-A-B-D.

Not the answer you're looking for? Browse other questions tagged graphs shortest-path or ask your own question.