Richard Karp's 21 NP-Hard problems, the meaning of his research?

In Richard Karp's paper "Reducability among combinatorial problems" he lists 21 NP-Hard problems. Though I can somewhat understand the ideas and motivation behind the paper I am searching for some clarity.

From what I know and understand this paper showed the parallels between the various problems. Specifically that they are all abstractly the same problem. That given a solution (specifically a P-time solution?) to one of these problems you could solve all of them because they are all statements of a more abstract problem.

Is this a proper summary of the work he presents? Is there a more eloquent and proper yet short way to say it?

complexity-theory np-hard history
Share
Improve this question
edited May 4, 2015 at 10:36

The short way to say it is that these problems are $\mathcal{NP}$-complete.

Of course this only has meaning to those who understand what $\mathcal{NP}$-complete means.

In some sense it is the founding document of complexity theory. It took a lot of ideas that were starting to gain currency, and put them together in a (relatively3) clear statement of how all this complexity stuff can work.

To add some to the other already detailed answer: Cook's paper introduced the class of NP-complete problems but only gave a single "canonical" instance, SAT(isfiability). Karp showed in his paper in a "few strokes" that a wide variety of open problems that did not previously seem to be linked were in fact all NP-complete. So this later paper demonstrated somewhat dramatically it's more than merely an isolated or narrow theoretical curiosity; it's a basic classification in computer science, and hinted that many more (NP-complete problems) lay waiting to be identified, and that was exactly the case.

That view has only grown significantly in subsequent decades as NP-complete problems are found to be quite ubiquitous and cross virtually all scientific mathematical fields. There are now in the hundreds of NP-complete problems identified, possibly over a thousand (in a sense computer scientists have lost track somewhat, and at times it becomes difficult to discriminate "separate" problems from each other).

Nice modern surveys of this perspective can be found in e.g.:

Another related historical reference that came out in 1979 later and catalogued extended Karp's ideas to dozens of problems organized by category is:

Here is more research about the problems themselves: 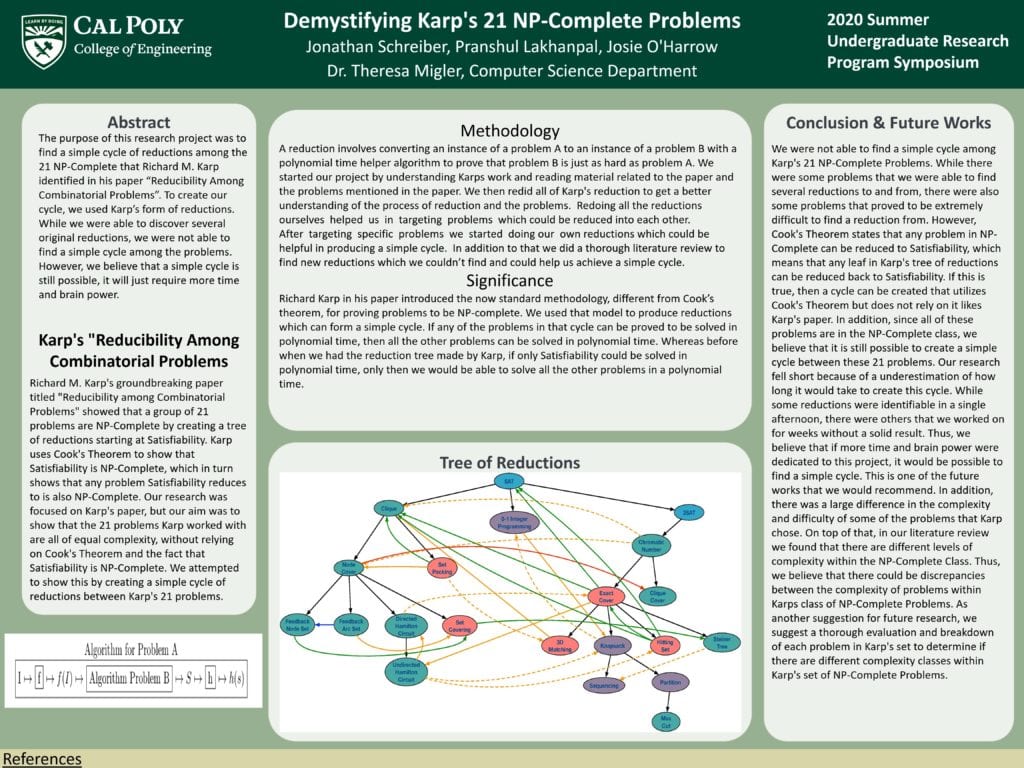 The gist of it is that the problems are indeed all NP-Complete, but their individual complexity varies a lot. While any NP-Complete problem can be reduced to any other, creating actual reductions is difficult. Satisfiability happens to be much easier to work with than most other NP-Complete problems.

Not the answer you're looking for? Browse other questions tagged complexity-theory np-hard history or ask your own question.

314
What is the definition of P, NP, NP-complete and NP-hard?

1
Mistake in Karp's paper on NP-Complete problems?
5
Reduction from PARTITION to MAX-CUT
0
NP-hard proof with reduction from two known NP-hard problems
5
Can all NP-hard problems be reduced to one another?
3
Decisional problems vs Optimization problems : NP-COMPLETE vs NP-HARD
0
Integer Problems are NP-HARD
2
BosonSampling: $\# P \subseteq FBPP^{{NP}^{\mathcal{O}}}$ implies $P^{\#P}\subseteq BPP^{{NP}^{\mathcal{O}}}$