Is there a way to find path length to a node from root in a binary tree?

I went through the algorithm’s for finding the LCA of two nodes in a binary tree (let’s say the values are random – not a binary search tree) and I chose the method where the path to root is stored in an array. That is, an array stores the parent values from one node to the root and the same is done to the second node and finally the arrays are compared to find the first mutual parent. 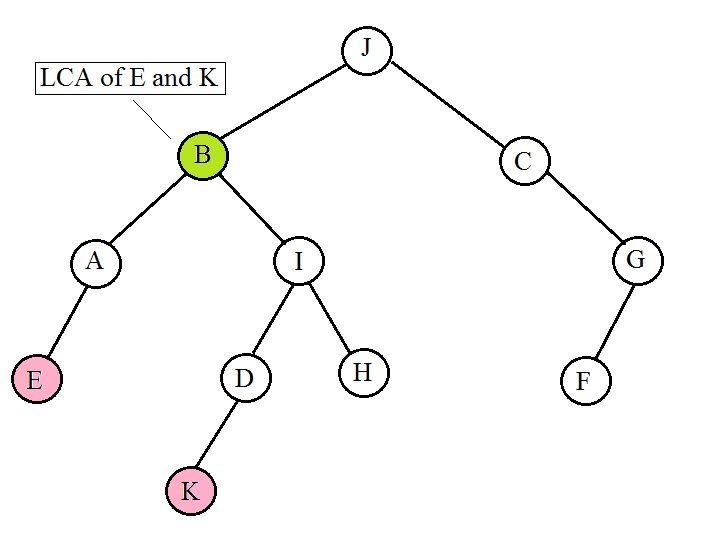 The worst case scenario for the algorithm is when you pick two nodes, N1 and N2 that have the longest path to the root node. In your example, two nodes whose common ancestor is J. Say the length of the path of N1 and N2 is n and m. Then the first while is O(n), the second one O(m) and finally the nested loop is O(nm). So O(n) + O(m) + O(nm) = O(n*m).

Your solution is $O(n^2)$ and thus your prof won't be happy with it. The followings runs in $O(n)$ (it is better when the tree is balanced and thus running time can be bounded better such as by $O(\log n)$):