I am currently in a class that deals with DFA's and their minimization. However I believe I have reached a DFA where the method of minimization we were taught doesn't work.

I have the following DFA (in JFLAP) 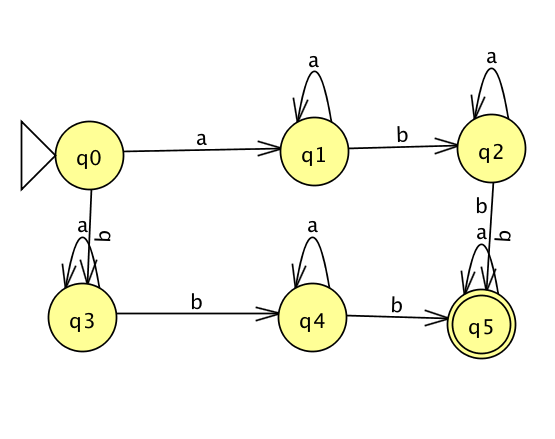 Using the method given in class I do the following see if their are any non dissimilar states and if so collapse them together.

However there are no states where both a and b go to the same state, therefore no collapse states.

However when doing it in JFLAP it gives the following 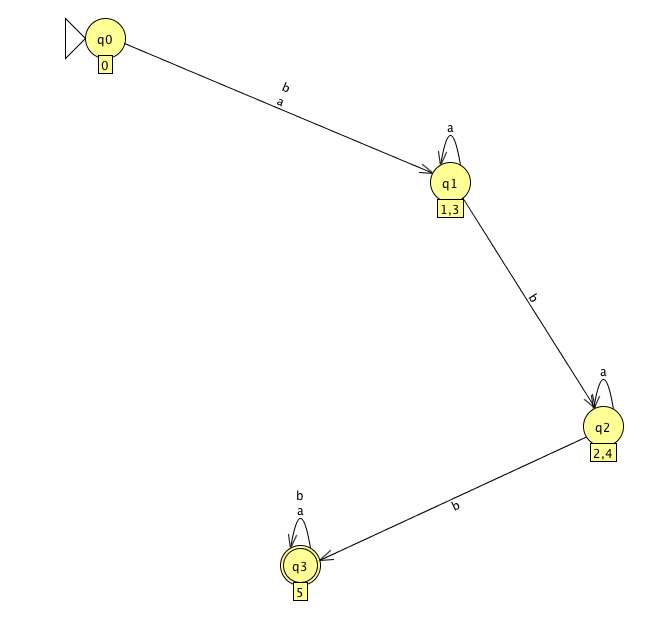 The only way I can see you getting what JFLAP does is just thinking and having to realize bother q1 and q3 can be joined as well as q2 and q4.

Your method of DFA minimization is incorrect. You start with assuming all states to be different and merge the indistinguishable ones, this may not give the correct minimization. The correct way is to assume all to be same states and separate those which are distinguishable. Look at this for exact algorithm.

3
Comparing DFA's produced languages
1
Draw a graph of DFA for a regular language
0
Does preparing min DFA by combining equivalent states always result in min DFA
1
DFA's with more than one initial state
0
How to Formally define $\delta$ in a DFA?
3
Is there an NFA whose corresponding DFA has lesser number of states than the given NFA? (without unreachable states or epsilon moves)
1
How to minimize this DFA using given algorithm?
2
Brzozowki's algorithm doesn't work for this corner case