A popular mobile game, DiscoZoo, is about "rescuing" animals from a 5x5 grid of cells. Each animal represents a unique pattern (some have 3 cells, some have 4). The object is that, given this 5x5 grid, find all (or as many as possible) of the given animals within 10 turns, where the pattern of animals can be at any place within the grid (but cannot be rotated, change size, etc. - only translated such that all the coordinates of each animal are valid, and there is only one animal per square). We can only "get" an animal if we can successfully find each of the squares of that animal within the number of turns left; otherwise, we do not. 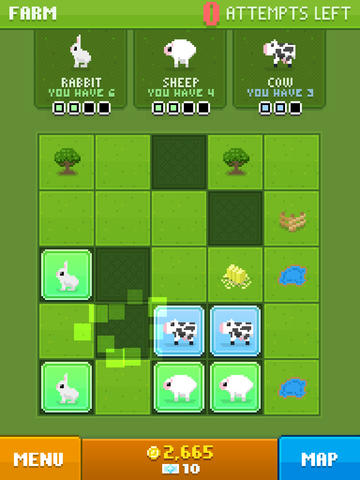 What is the complexity of this problem in general?

Even if we restrict further by looking at 1x1 squares, this is equivalent to finding nonzero elements in the matrix - it is trivially solvable in $\Theta(n^2)$ time, but can we do better?

Not the answer you're looking for? Browse other questions tagged complexity-theory or ask your own question.