I'm having trouble with this because I'm not sure how to express the idea of $a$ followed by $0$ or many $a$'s many times, in terms of a DFA. 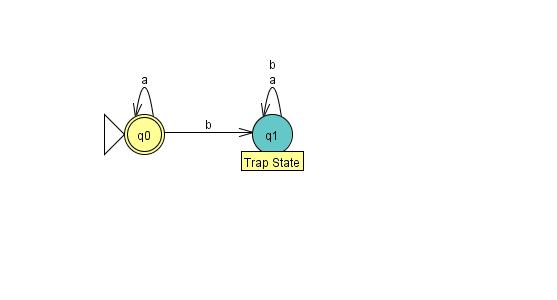 DFA for this will be:

Explanation: As q0 is initial as well as final, then, epsilon and b is accepted. If a comes then, it will be followed be a b.

The strings denoted by your regular expression are:

Empty string or a concatenation of strings formed by a chain of zero or more $a's$ followed by a $b$. This mean that your initial state should be a final state too and a word in this language "always"(except $\epsilon$) finish with a letter $b$ so your DFA can't transition to a final state consuming a letter $a$. I hope those hints can help you to generate your DFA directly.

2
Convert regular expression to DFA
0
Is this concatenation of two FA done right?