Possible paths in pipe network, without loops and with some one-way valves

I'm working on this project for an oil and gas company. One of the main features is a visualization of their pipe network.

I'm trying to create a tree of all possible paths. The only limit I have to avoid circular loops and that

I partially succeed with a simple Depth First Traversal but the number of possible paths seems huge, so I'm not sure if I left my pipe traversal algorithm for a couple of hours it will generate the possible path or not.

Now the math part I'm really lousy at: How can I calculate the number of possible paths for such a network, considering the pipes as nodes, and the edges and the T joints. Is this a known problem I'm not aware of?

I attached a video as well to show one possible path.

The network for reference: 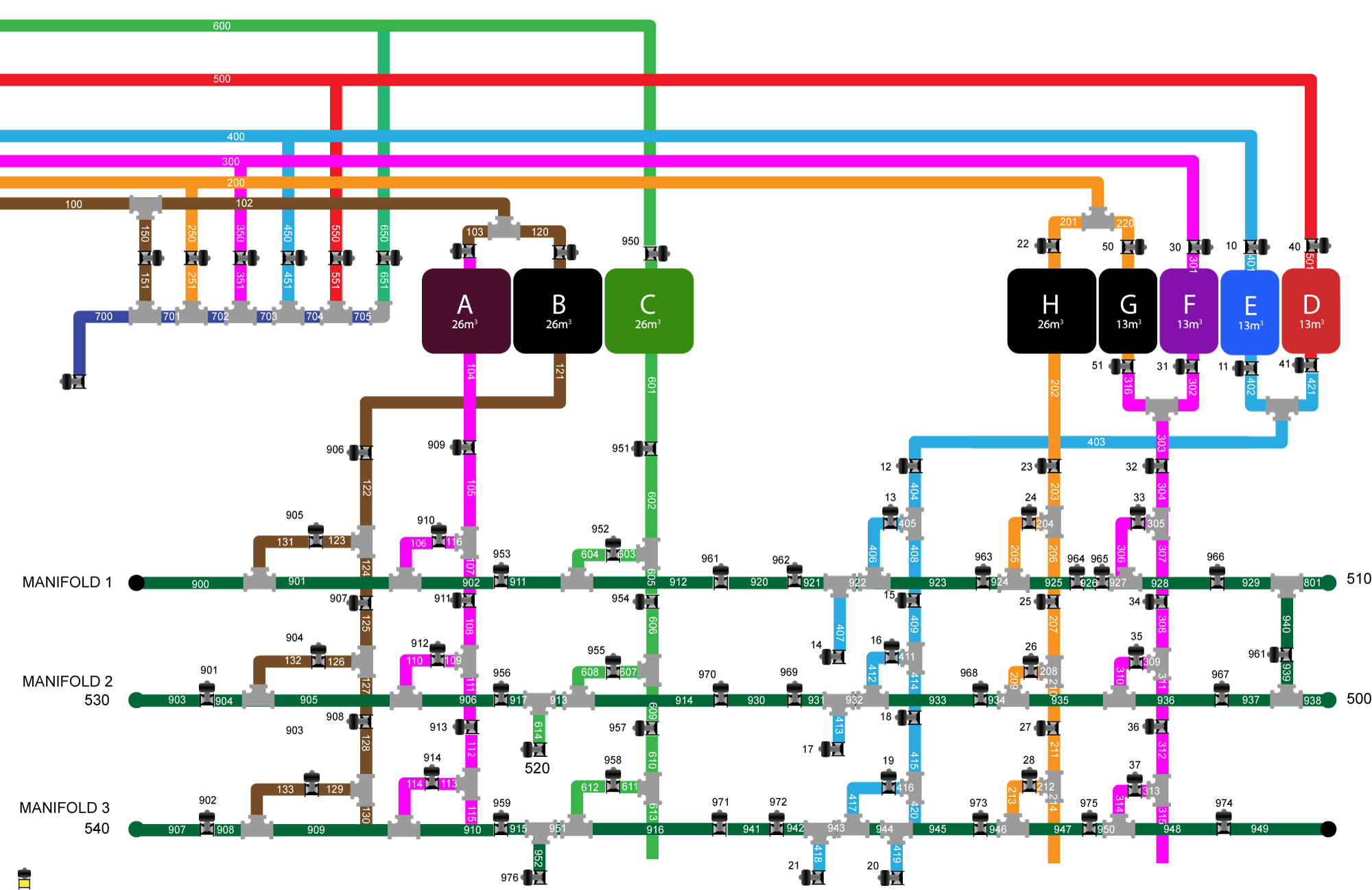 I added part of the tree diagram to help visualize the problem. I start from the 122 pipe here for illustration, any path must end as mentioned above with either:

I didn't complete the whole graph, but as you can see there should not be any paths ending with a white node, eventually if completed them they will end with a yellow or red node. 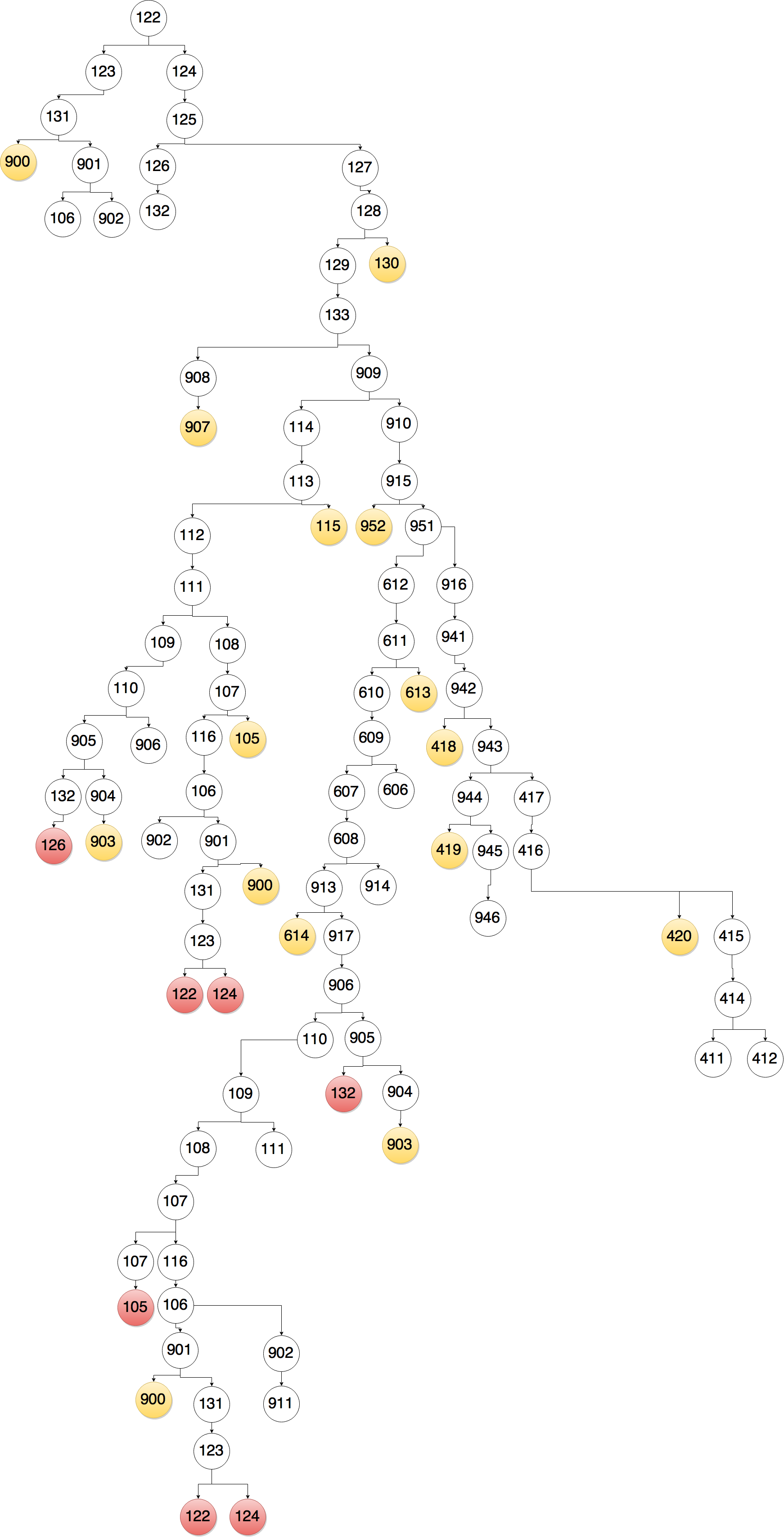 Browse other questions tagged algorithms graphs network-flow counting or ask your own question.

30
How hard is counting the number of simple paths between two nodes in a directed graph?

1
Is there an algorithm to compute the shortest Hamiltonian path in an undirected graph from one point to another in polynomial time?
3
Is this problem just an application of traveling salesman? If not is it some other already "solved" problem?
4
Find shortest path that visits all nodes in a given set of nodes
2
Algorithm for fewest number of moves with artificial minimum
2
Raptor algorithm: find next best paths
1
Finding the two node-disjoint paths, minimizing the sum of their lengths
1
Optimal set of shortest paths from one node to all others in a network graph