Why isn't converting from an NFA to a DFA working?

I am just beginning to learn computation theory. I wrote up a non-deterministic finite automata that accepts strings that contain the substring "abba":

I tried to convert it to a DFA by putting together sets of states in the NFA to be states of the DFA: 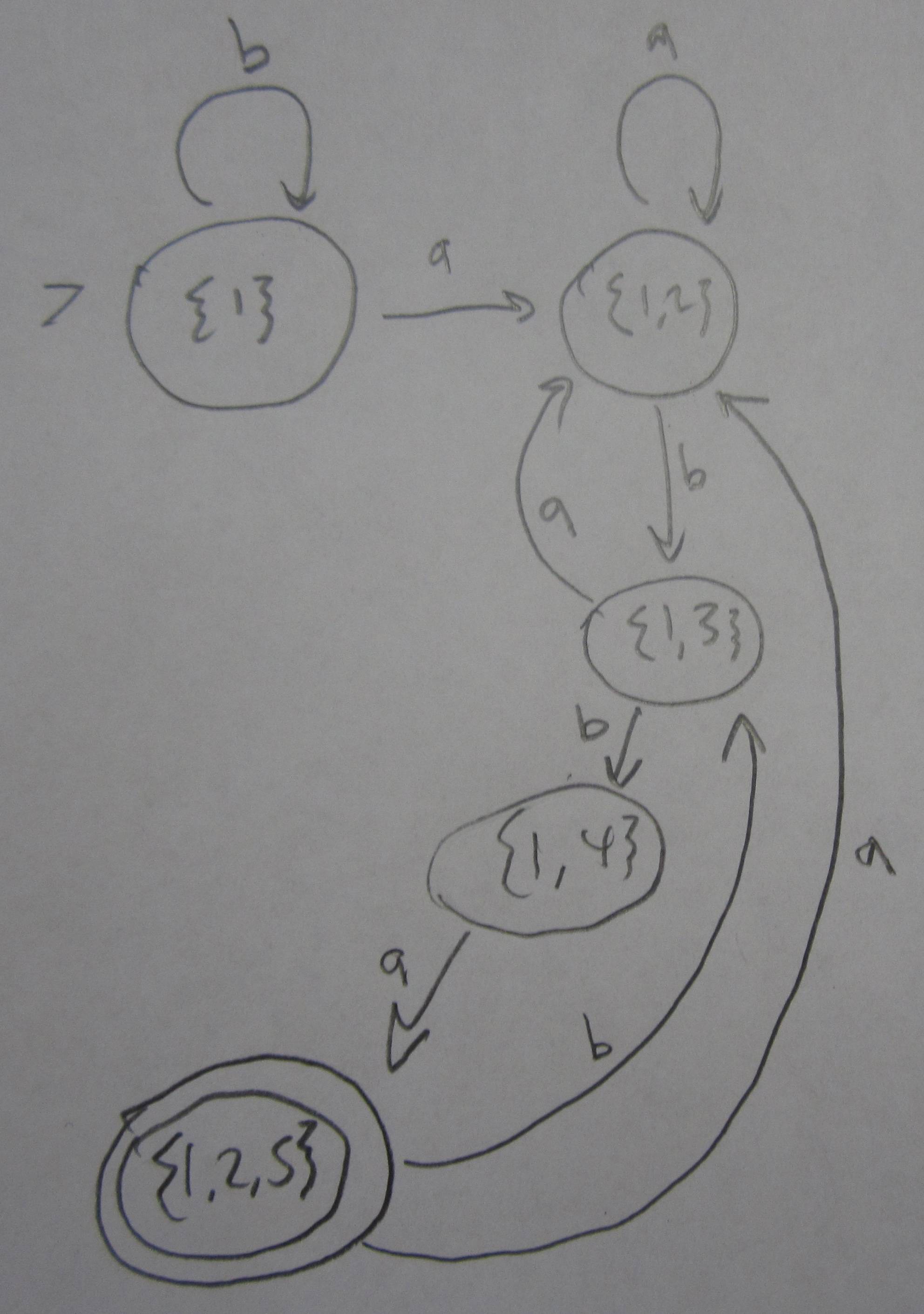 However, I just realized that my DFA doesn't accept strings such as "abbaa" that do not end in "abba." That means that my methodology was wrong. Why? I thought it would make sense to combine states of the NFA to make states of the DFA.

Your methodology for creating the DFA from the NFA is fine. The problem is that you started with the wrong NFA (you'll notice that your NFA doesn't accept abbaa either). Try this one instead:

3
Are statecharts with parallel states NFA, DFA, or none of the above?
0
How to make a NFA (or DFA) from $\varepsilon$NFA?
0
Modify DFA/NFA that accepts Language Subset with only Palindromes (with Size Limit)?
1
How would I design an NFA that recognises the language of all strings that don't end in a certain sequence?
0
Showing that there exists an algorithm, that converts NFA to DFA under some cirumstances
1
NFA for all strings not containing 1010
1
Can converting NFA to DFA change the language?