I have a grid that shows the world and its coastlines. An excerpt from the area around the UK is shown here 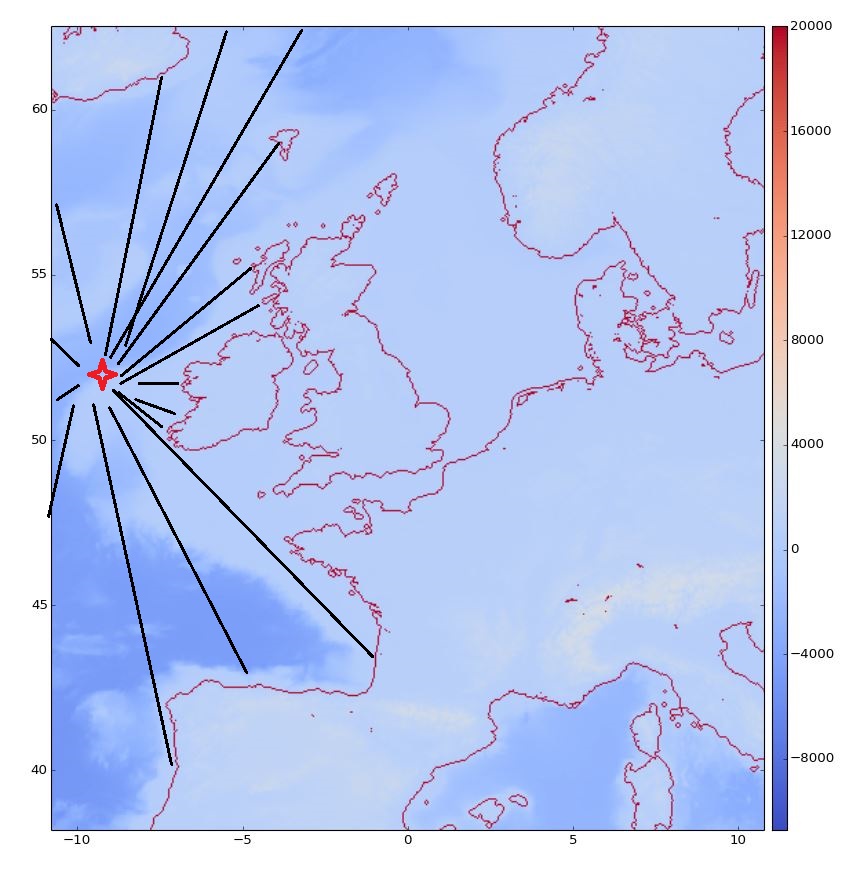 From an arbitrary origin point anywhere in the ocean, I want to find those coastline points that are in line of sight of the origin without having to cross another coastline point. For example, if the origin is on the west side of the UK, I would expect to get many coastline points of western Ireland and western UK but not from Denmark as it is "covered" by the UK.

I need advice on a fast algorithm that can "shoot out" rays and detect where those rays cross the first coastline (coastline map is available in binary format).

I should add that the map is an array of dimensions 5000x10000 and the coastline is available in binary format (all pixel values are zero except for coastline pixels = 1).

I realize this question is a shot in the blue but maybe there is someone smart who has knowledge in this area. Any help is much appreciated.

Browse other questions tagged algorithms arrays binary-search or ask your own question.