Which machine learning algorithm is appropriate for predicting a vector?

I have a very large set of animal migration data, consisting of many series of vectors - each series is basically a path of a single animal. The dataset I'm using consists of 244 of these series. 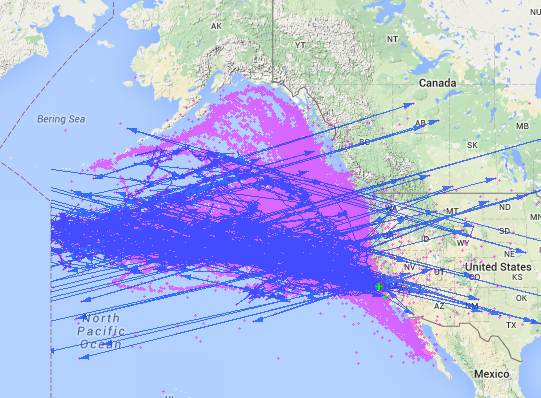 My question is which machine learning algorithm would be optimal for this kind of prediction - I was looking into multinomial logistic regression, but that is for categorical data. I want the algorithm to develop a model that thinks at a point with an ocean surface temperature of 20˚C, an animal will travel along a vector with a magnitude of 35km and an angle of 34˚'.

I was also looking into using the random forest algorithm, but that seems to be more for classification than forecasting. Does the algorithm I'm thinking of exist? Thanks so much.

EDIT: My particular question is not how to fit this data with a particular ML method, but is there an ML algorithm that can predict a new vector (in polar form) given an old vector and an environmental variable at the tail of that vector.

Browse other questions tagged algorithms graphs data-structures machine-learning or ask your own question.