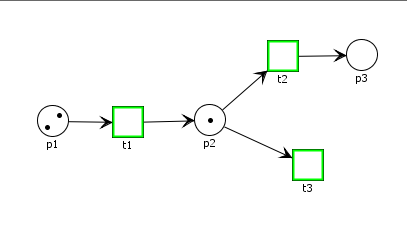 Unboundedness can be studied from a fixed initial marking (=state). Then you want to find a state that is reachable, by firing transitions, but larger than the initial one.

So, start in the initial state, and analyse which transitions can be fired.

1
Converting reality to Petri net
2
Is a Petri net without places well-defined?
2
Modelling a dependency of multiple transitions on data in one place
2
What happens when sink transition is enabled
3
How to Determine Places, Transitions and Tokens in a Scenario when Modeling with Petri Nets?
2
Benefit of Petri Net Transition as Separate Object