Our professor gave us the following algorithm that's supposed to solve the critical section problem. I'm guessing the code is just pseudocode so I'm not trying to focus on the strange syntax and just trying to understand what it does.

After the code he says the following:

Price is high: P1 must go first, so if P2 is ready to enter its critical section, it must wait.

When P1 enters and leaves its CS, P2 must go next even P1 is ready, and P2 is not ready.

If one of the processes is terminated, then eventually the other will not be able to proceed"

Note that the while bodies are empty, i.e., if the condition is false, they just fall through to the next line.

Consider a Petri Net model of the algorithm, based on the pseudo code (“Help”, 2015) and the following assumptions: 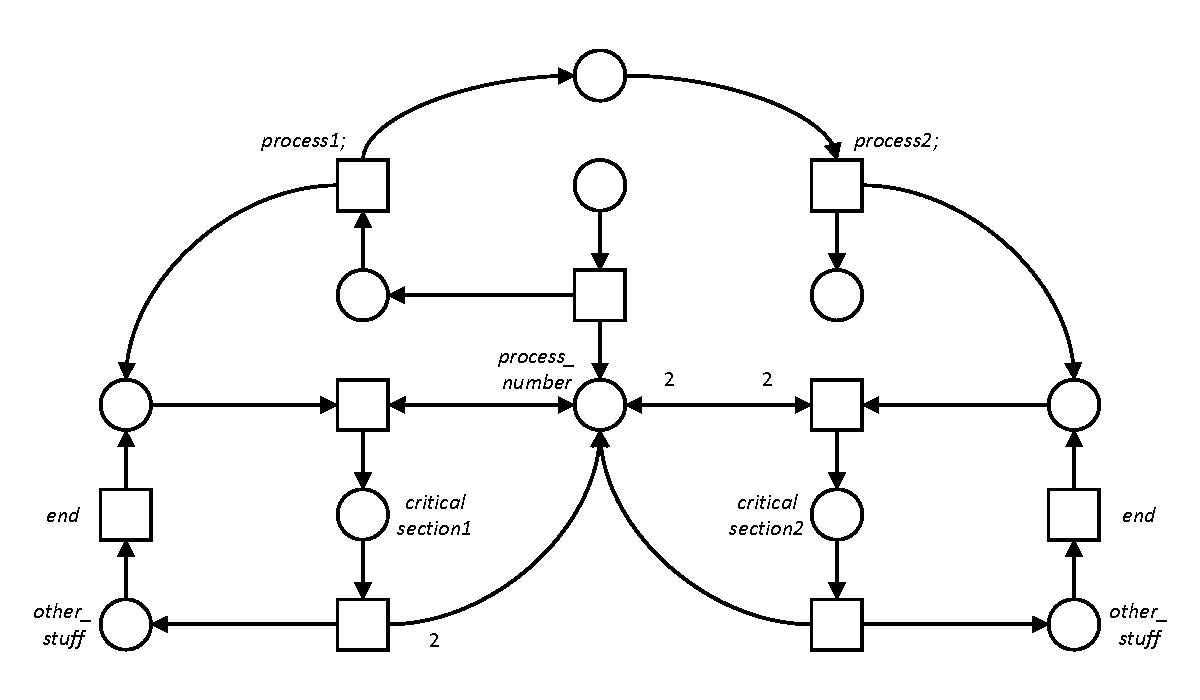 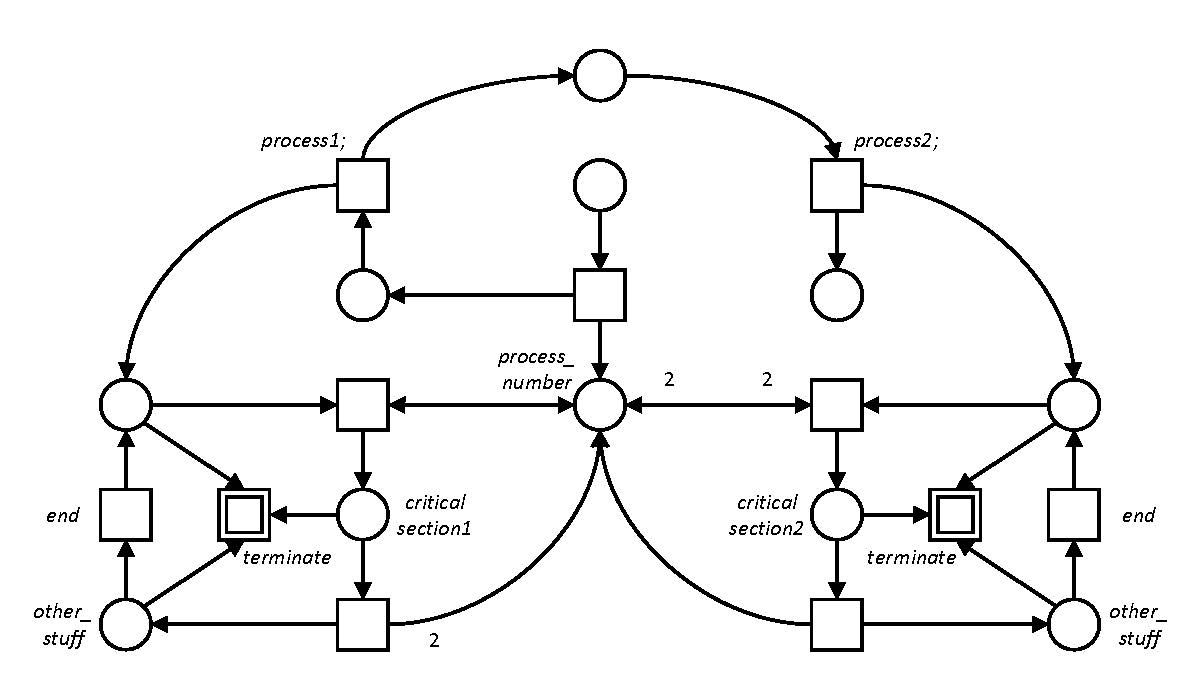 In the “Petri Net Model of the Algorithm with (Abnormal) Termination”, each process can terminate before it begins or after it ends, while it is performing its critical section, or while it is doing other stuff.

The Petri Net model of the algorithm for Process1 and Process 2 is similar to Figure 14 on page 163 of Petri’s “General Net Theory” (1977); an interactive, dynamic version of the figure is also available.

Not the answer you're looking for? Browse other questions tagged operating-systems concurrency mutual-exclusion or ask your own question.

10
Why would you use a monitor instead of a semaphore?
2
Mutex-/semaphore-/locking-algorithm using atomic reads/writes with data-propagation delays
3
Does mutual exclusion hold in this case?
1
Peterson Algorithm for process synchronisation
2
Deadlock vs "Progress" requirement of the solution to the critical section problem
5
What is a counterexample for Lamport's distributed mutual exclusion algorithm with non-FIFO message queues?
0
Prove correctness of a solution to the critical section problem in general?