$P$ here is a simple polygon with a given orientation, cast in a mold - 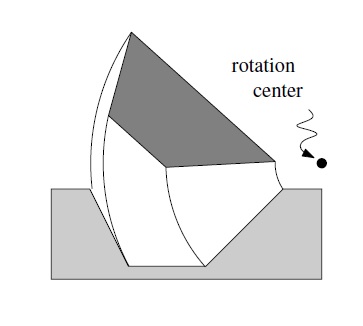 Whether $P$ can be removed with a translation can be reduced to whether a common intersection of a set of half-planes is unbounded: Each edge of $P$, continued to a line, defines the half plane touching the outer side of the edge. The intersection of these half-planes is unbounded in a direction $\vec{v}$ if and only if translating $P$ by $\vec{v}$ does not cause any edge to push against the mold.

How can this reduction be modified to solve the case of removing $P$ with a rotation around a point?

algorithms reductions computational-geometry
Share
Improve this question
edited May 1, 2019 at 4:58 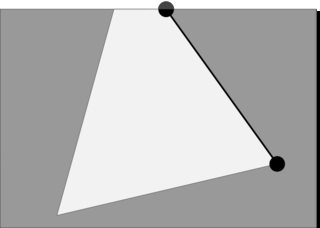 Where must $p$ be such that an arbitrary points on the edge will not be pushed against the mold? This figure shows the direction a point on the edge will be moving in when rotated around a point $p$ - 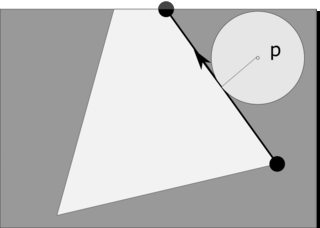 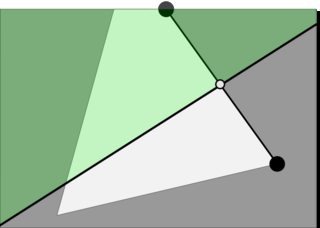 The half-plane corresponding to the upper vertex of the edge, in this case, is contained in all of the half-planes for inner points, and so a rotation around any point in it moves the entire edge such that it does not push on the mold.

Whether $P$ can be removed with a rotation around $p$, is thus equivalent to whether $p$ is in the common intersection of the half-planes defined by $P$'s edges.

Not the answer you're looking for? Browse other questions tagged algorithms reductions computational-geometry or ask your own question.