Is there an efficient algorithm for this vertex cycle cover problem?

While I'd find an answer to this interesting in general, the graphs I want to use this for are actually quite constrained by their construction, so maybe even if the problem is NP-complete there might be a polynomial solution for these specific instances.

The vertices of the graph will be identified with pairs $(n, i)$ such that $l_i = n$ and $s_i \neq n$. The graph has a directed edge $(n, i) \rightarrow (m, j)$ if and only if $s_j = n$. (A cycle in this graph corresponds to a set of values which can be cyclically permuted such that they'll end up in their sorted position.)

The above example would yield the following graph (using 1-based indices): 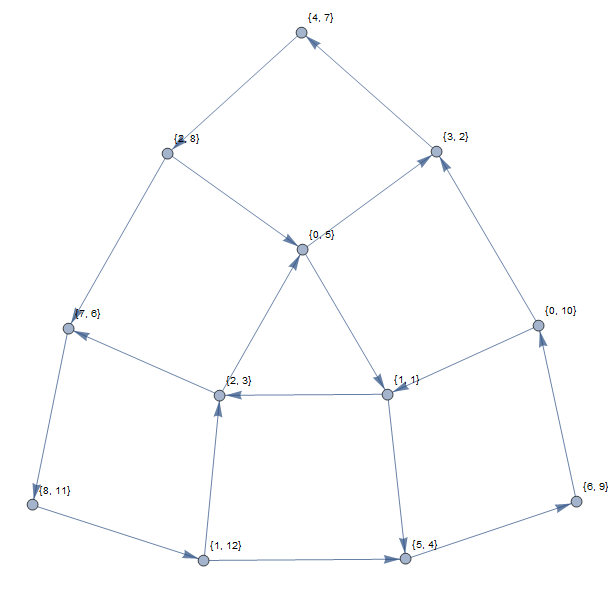 One thing that doesn't work is the greedy approach of repeatedly removing the smallest cycle (as this example shows).

Note that this problem is (if I didn't make any mistakes) equivalent to asking how many swaps you need to sort a given list. (Which is what inspired looking into this problem in the first place.)

After some pointers from Juho's answer and a bit more sifting through literature, I've come across the assignment problem which seems very closely related. However, the assignment problem is formulated in terms of a weighted bipartite graph and so far I have not been able to find a way to choose edges and weights to reduce this problem to it. If we wanted to formulate the problem here in terms of minimising a weight function, then an intuitive approach would be to say that the weight of each cycle is $|C|-1$ where $|C|$ is the number of edges (or vertices) in the cycle. (Of course this is equivalent to just setting the weight to $-1$.) That is, the weight depends on the size of the cycle, not the particular edges it includes. But maybe this gives someone another idea for how to reduce the problem.

It also appears that bounding the size of the cycles makes the problem APX-hard for general graphs. This doesn't necessarily imply that the same is true for task of maximising the number of cycles, nor for the specific graphs under consideration here, but it seems to be sufficiently closely related that it could be important.

In summary: Can a maximum vertex disjoint cycle cover be found for the graphs constructed from the above process?

As two asides, I'd also be interested in whether the maximum vertex disjoint cycle cover also has an efficient solution for arbitrary graphs that admit at least one cycle cover (which will probably fall out as an answer to the main question), or whether just determining the number of cycles in the maximum cover (as opposed to the actual edges contained in each) makes the problem any simpler. I'm happy to post these as separate questions if people think they deserve full-fledged answers on their own.

For details and proofs of the above claims, see [1].

Not the answer you're looking for? Browse other questions tagged graphs algorithms or ask your own question.