How to handle horizontal lines in the Polyfill Algorithm?

When I look at polyfill algorithm tutorials/articles or examples, nothing mentioned about how to handle horizontal lines. Does anyone have any idea how horizontal lines should be handled?

For instance, consider the following image: 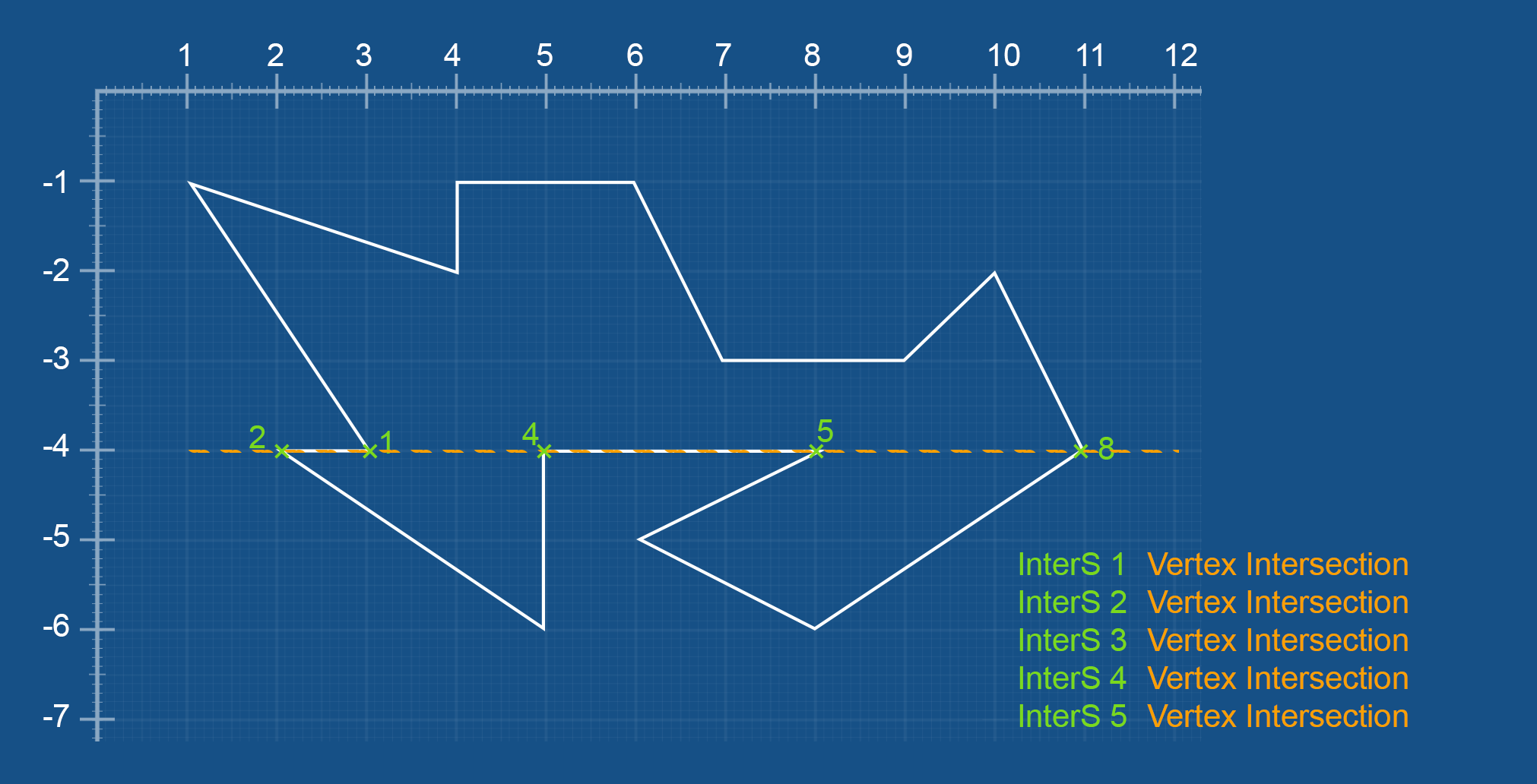 For intersection I wrote if the line on the scan line count it as 1 point, even I count as 2 point or no point, wont help. Any idea how should I handle the horizontal line? 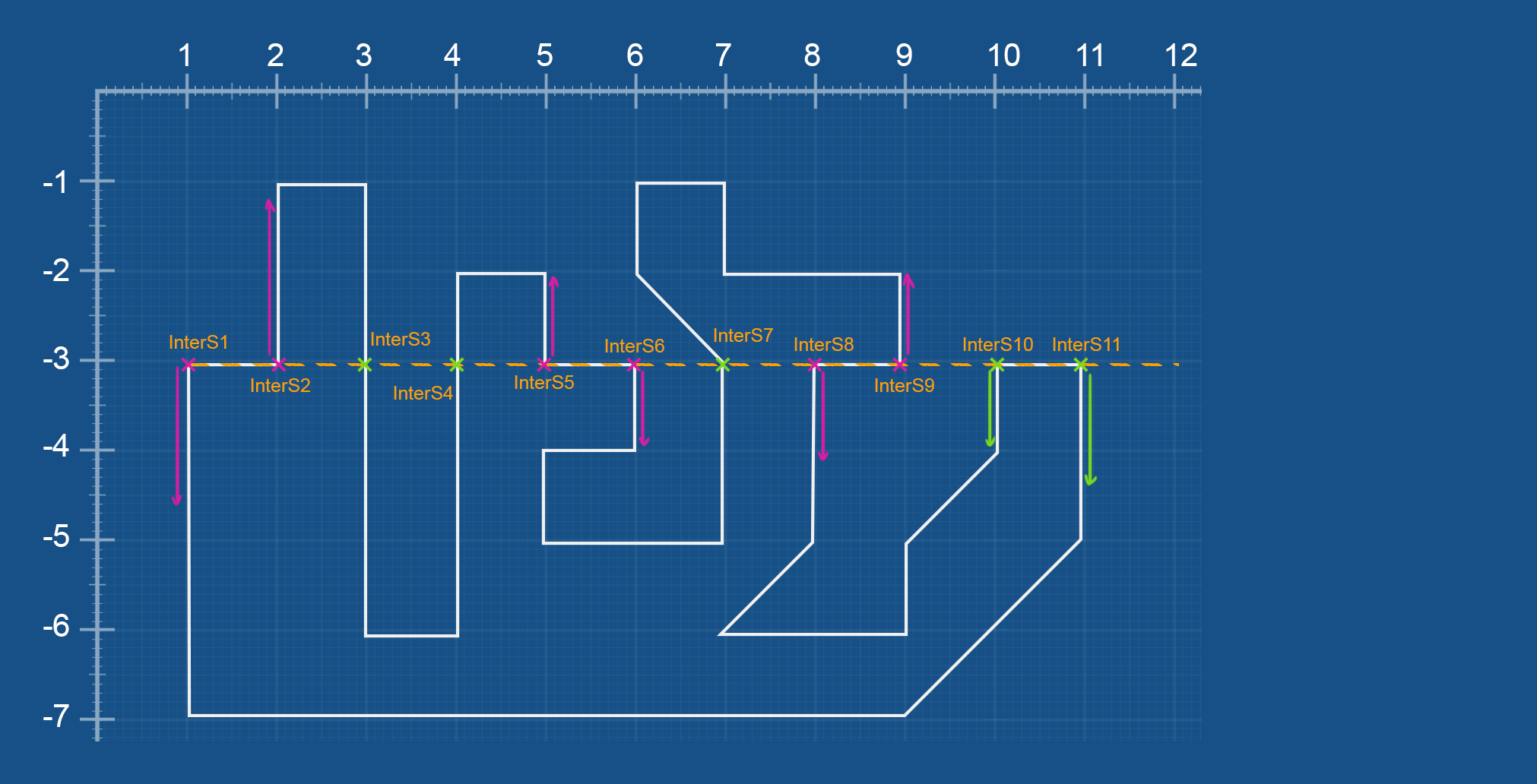 Alright, if we take a look at next point and previous point of the intersection of both end of horizontal line, if those point are in same side, means I can count them in or out, doesn't effect the whole calculation.
But if they are are opposite side, I have to count them in and count one side extra.

What do I mean?
Take InterS1 and InterS2 as an example, so when I get this I have count that horizontal line as 3 points:

Why I need to do that?

So now I have no idea base on what I need to add the extra point to one side.
Do I make sense?

If you ignore horizontal lines you should get something like the following: 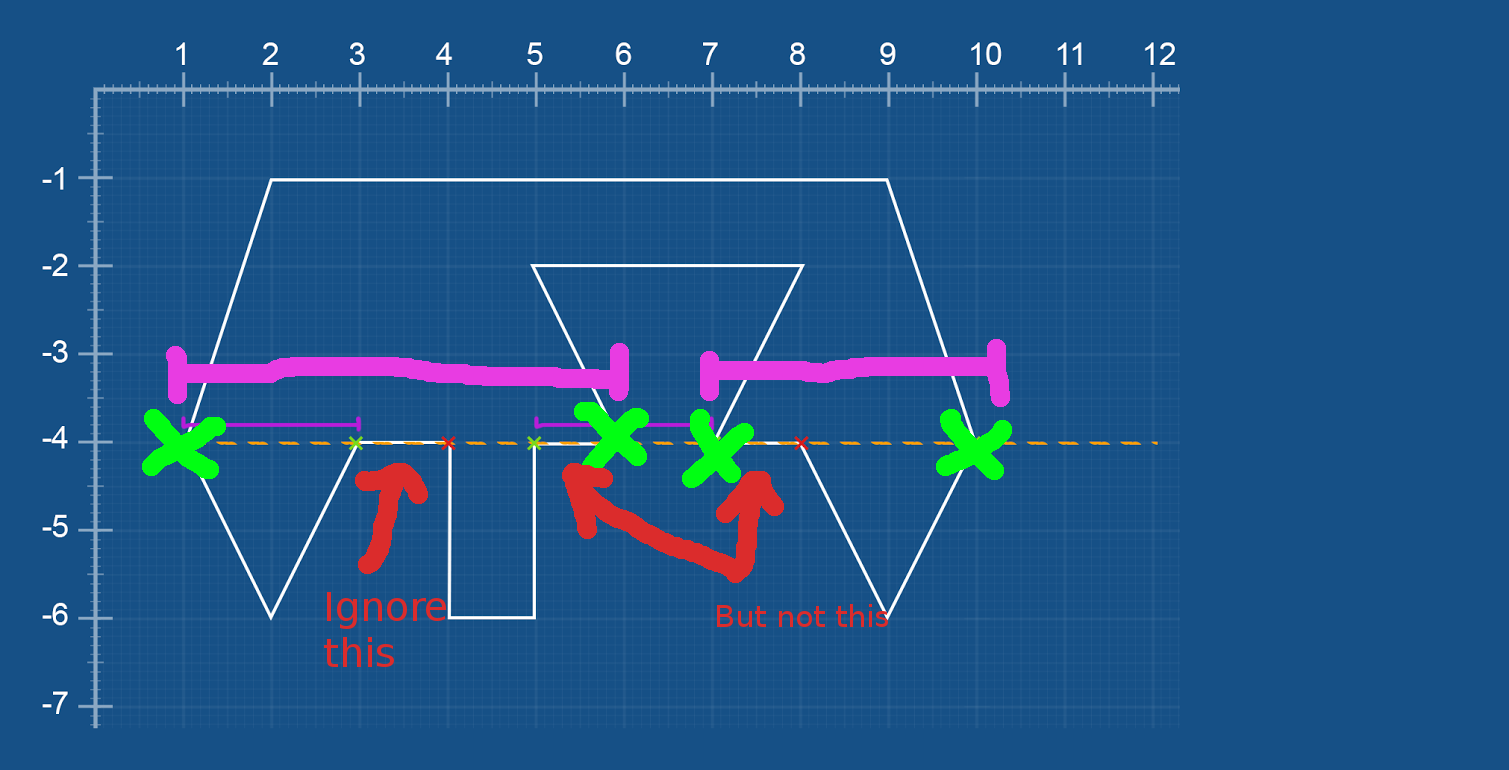 15
Circle Intersection with Sweep Line Algorithm
10
How to find contour lines for Appel's Hidden Line Removal Algorithm
1
Why is the orthogonal line segment intersection algorithm $O(n\log n+R)$ instead of $O(n\log n + Rn)$?
2
How to find the original coordinates of a point inside an irregular rectangle?
2
Efficient data structure for matching 3D lines