How do multiple branches from one node occur with the Monte Carlo Tree Search?

I think I understand the Monte Carlo Tree search. It goes through the tree until it reaches a leaf node, where it branches (creates a child node). However, the branching only occurs at the leaf nodes (right?). So, a branch never comes out from a non-leaf node. So how could one node have multiple branches (multiple child nodes) coming out of it? Here's a picture, for clarity: 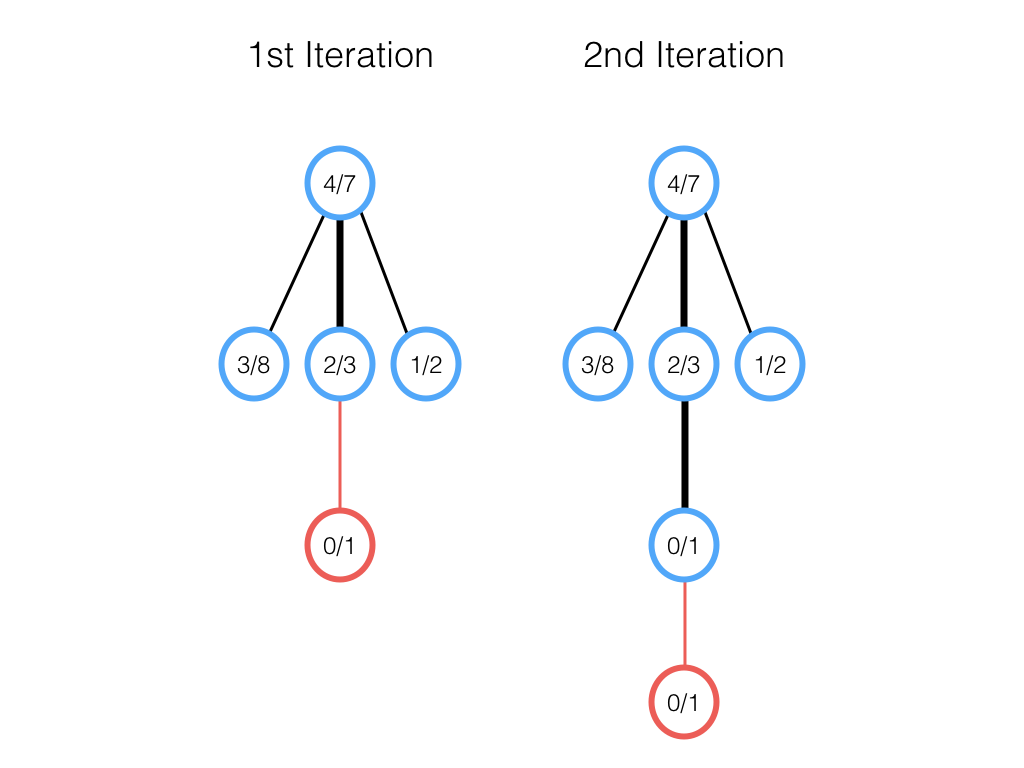 So wouldn't that process just keep getting repeated? It's not a leaf node, so the algorithm won't branch (create another child node)... so it has to pick the next node. And since it only has one option, it must pick that one. It just continues down, until it reaches the end. What's the point of that?

I'm probably missing something big here, but all the pages I've look at don't really explain this. It just magically repeats selection, expansion, simulation, and back-propagation, until it constructs a nice tree at the end. How?

EDIT: I figured it usually creates only one child node because of this taken of this source:

In its simplest and most memory efficient implementation, MCTS will add one child node per iteration.

Also, even if you create just two or three, would that really be enough to cover all the possible moves, especially if the branching factor is large? How would one determine how many child nodes to create?

Similarly, nothing says that MCTS is limited to adding only two or three children per node.

Not the answer you're looking for? Browse other questions tagged algorithms search-algorithms trees randomized-algorithms monte-carlo or ask your own question.