What is the approximation ratio of this randomized algorithm for finding matchings?

Here is the algorithm:

In the algorithm above, called BA, there is a call to another algorithm LA, on line 4. We know that LA is a constant factor approximation algorithm for an NP-hard problem $\Pi$. An instance of $\Pi$ is a bipartite graph and we would like to return a maximum matching that respects some constraints. Therefore, LA will return a matching of size no less than a constant factor times the size of the optimal matching.

Note that BA is trying to solve another NP-hard problem $\Pi_1$ that has an instance of two sets and we would like to return a maximum matching between these two sets that respects the same constraints as for $\Pi$. The only difference between $\Pi$ and $\Pi_1$ is that $\Pi$ has as input a bipartite graph (nodes and edges) whereas $\Pi_1$ has as input a set of nodes only.

I am not trying to hide the constraints. I still cannot write them explicitly in a readable way. I will give some examples to clarify the problem.

I think I can say that BA is something like $O(1+\frac{1}{T})$-approximation algorithm for $\Pi_1$ because as $T\to\infty$ and the 3rd line of BA is generated uniformly random, the solution produced by BA is no less than a constant factor times the optimal solution.

The pseudo-code is also given in more clearer way here: 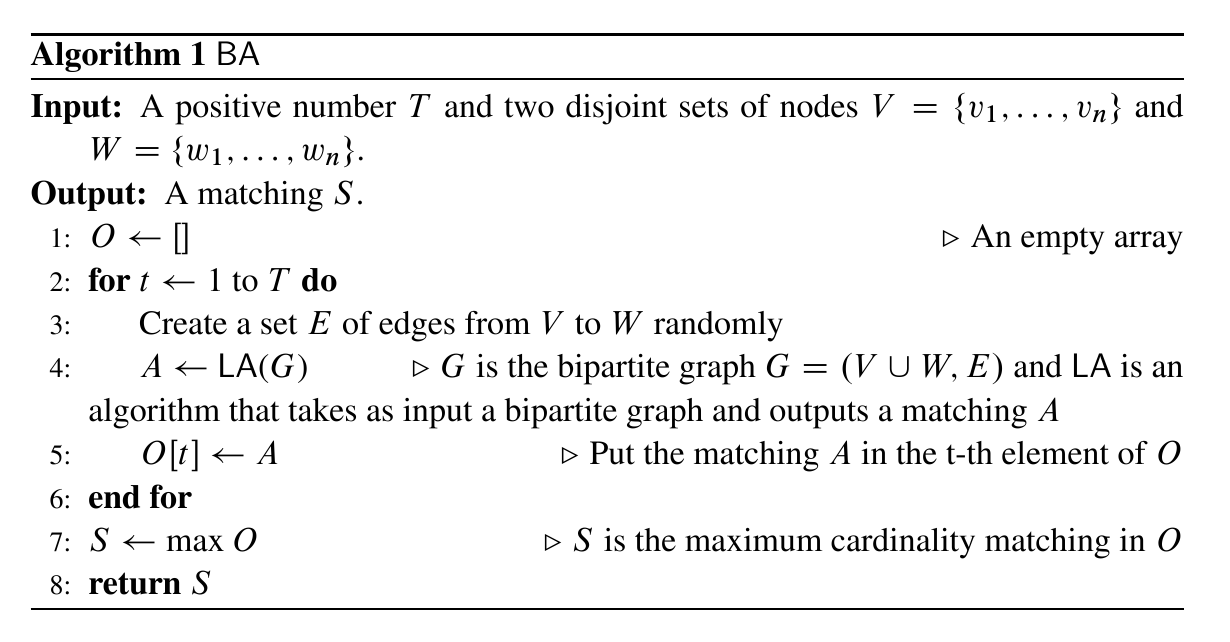