Stepping through a sequence of grouped logic gates

I'm performing a simulation of protein-protein interactions. I'm using Python to code logic gates as functions to model protein interactions. My model is basically a series of groups (g0 to g4) containing logic gates (see image). Initially, I set up a list containing my groups, and then for each group a dict that contains proteins (nodes) with their starting values (their so-called seedValues, which are the starting parameters for the network at $t=0$).

My question is this: is there some way of iterating through my groups (and their logic gate functions), that begins at group 0 (g0 in the image) at t, and that at t=t+1 executes groups g0 and g1 synchronously, then executes the three groups g0, g1 and g2 at t=t+2, and so on until t=m, where m is the number of iterations wanted? 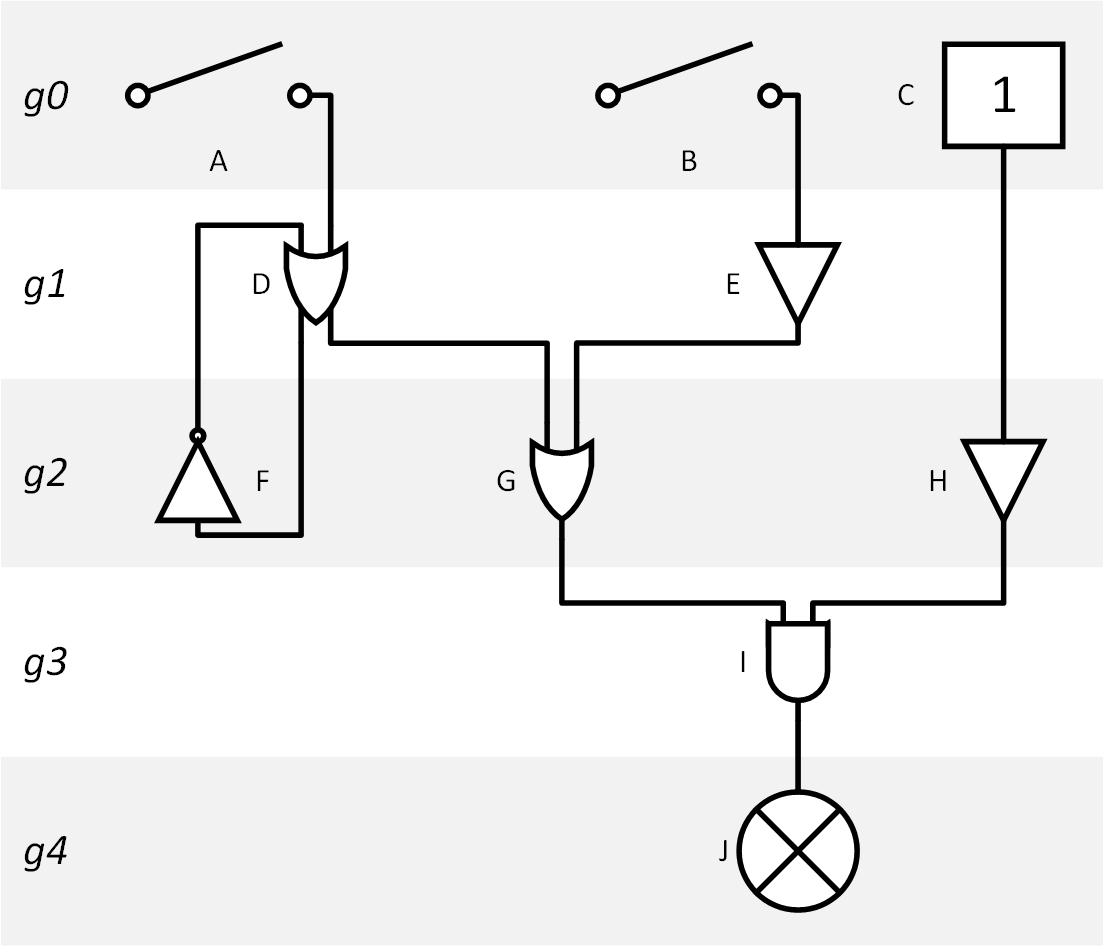 Image notes: A and B are switches (the program is supposed to change them, as a way of studying perturbations), C is a constant (never changed). J is the output (mostly for show). D and F are built that way to oscillate, whenever A = 0.

I've understood that threading might be the solution to my problem, but before I dive into that I'm interested in finding a simpler way of solving this.

Because I don't know how to formulate this in Python, I attach some extremely messy pseudocode:

Thank you for your time.

Browse other questions tagged logic simulation sequential-circuit bio-inspired-computing or ask your own question.

2
Two's complement Using ONLY Logic Gates
1
Do quantum logic gates work differently than traditional logic gates?
7
What is the purpose of interpreting elements in the proof of reduction of PCP to validity decidability problem of predicate logic?
5
Implementing mathematical theory of arithmetic in Haskell via Curry-Howard correspondence
3
Why use logic gates in this situation? (XOR gates)
1
Difference between logic, fuzzy logic, probabilistic logic, quantum logic?
0
Can you connect an output from a logic gate to 2 or more logic gates or inputs?
2
Examples of logic gates using non-standard models