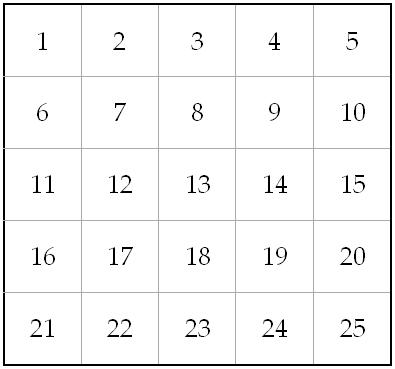 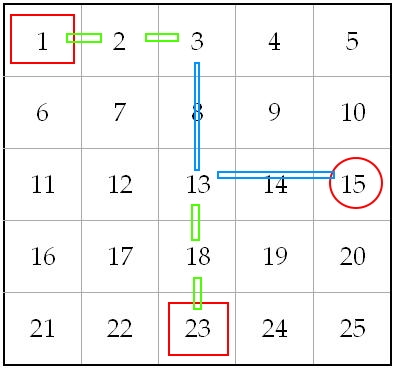 How can this be modeled? If agents cannot move without the ball (not a dynamic graph), the problem is fairly simple. Assume $X_{ijt}=1$ (an activated edge) when the ball is carried or is kicked from node $i$ to $j$ at timestep $t$, and all actions cost (or have weight) $1$. All nodes (except starting and goal nodes) must have the same amount of ball 'entrances' as 'exits'.

The entrance and exit nodes will have a single activated edge.

However, if all agents can move at any given point, then the graph is dynamic, since the passes that can be performed are different in each timestep. I don't know how to model this. Before, because $A_{1t}$ was static until it got the ball, I could list all the restrictions a priori, but now, I cannot do it. I can create a set of restrictions based on $A_{xt} \forall x,t$, but I don't know how to then input this problem into a linear programming solver (for example, a simplex method).

Our matrix is modelled as a graph $G = (V,E)$ with directed edges $E$ between cells $V$. We denote $V_{kl}$ as the set of nodes $j$ that respect $d_{jl} \leq k$. The edges $E$ exist between all nodes $j \in V_{kl}$ and node $l$, for any $l \in V$. Activated edges represent movements (such as players moving with the ball to an adjacent cell or passing the ball to a faraway agent). All player actions (moving, kicking or passing) take exactly $1$ action, therefore the weight of all edges in our graph is always $1$. Throughout this paper, unless specified otherwise, we use $i \in [1, p]$ to identify an agent, $t \in [0, T]$ to identify different timesteps and $l,j \in V$ to identify nodes. We must define the position and movements of each agent $i$, as well as the position and movements of the ball, all across $t$. Assuming $l_1 \in V_{1l}$ and $l_k \in V_{kl}$, then

Our optimization function now differs in the fact that $t$ must be taken into account. This is necessary due to the fact that the ball may remain in the same place for several turns, which counts as movement to the same cell. In other words, reaching the goal $G$ on the second timestep $t$ and waiting there for $50$ turns is equivalent to waiting $50$ turns and then entering the goal. Therefore, our objective functions is now

We must update the previously described constraints so that the ball enters the goal $G$ only once at any timestep $t$ and leaves the source $S$ at timestep $0$. Our modeling of $B$ dependent on $X$ will ensure that the ball will move among the cells from $S$ to $G$.

Finally, we must guarantee that the agents do not overlap and that they carry the ball, kick it to the goal $G$, or pass it at each other. In other words, the amount of agents at node $j$ cannot exceed $1$ and the ball must either be at one of the agent's positions or at the goal $G$. Formally, for all $j$, $t$,

Second, you can just use a configuration graph. The configuration graph has as vertex set all possible configurations (in your case, locations of the agent and the ball), and edges correspond to possible moves that can happen within one time step. Now you can use a shortest path algorithm (possibly using heuristic search) to find the shortest number of moves to get from your initial state to one of the goal states.

Not the answer you're looking for? Browse other questions tagged algorithms optimization shortest-path linear-programming modelling or ask your own question.

0
Network Flow with multiple connected subsets
2
Connecting an unconnected forest of subtrees in a graph?
3
Optimality in multi-agent multi-target path finding
3
Linear programming formulation for the single-source shortest path problem
0
LP formulation and integer solution existance
1
How to find the minimal path cost from left edge of a grid to the right edge using dynamic programming?
10
Shortest Path in a Directed Acyclic Graph with two types of costs