How to find the element of the Digit Sum sequence efficiently?

Just out of interest I tried to solve a problem from "Recent" category of Project Euler ( Digit Sum sequence ). But I am unable to think of a way to solve the problem efficiently. The problem is as follows ( in the original question sequence has two ones in beginning , but it does not change the sequence ) :

The naive solution can't be implemented because it takes a lot of time. I tried to reduce the problem to a case of matrix exponentiation ( that would takes $O(log ( 10^{15}))$ amount of time ) but could not come up with such a recurrence fitting the linear criteria as recurrence for this sequence is quite peculiar. It can be seen that the sequence is governed by the recurrence :

where $a_n$ is $n^{th}$ term of the sequence and $d$ is a function which when given a natural number as input returns sum of digits of the number ( eg. $\;d(786)=21$ ). My second approach was to try to find some pattern in the sequence. It can be seen that the first few terms of the sequence can be written as

From the pattern above it becomes that $n^{th}$ term of the sequence can be generated by the following method :

for example if n=3 we perform the following manipulations:

Following is the graph when the sequence is plotted for smaller range ( first $10^6$ terms of the sequence are plotted ). 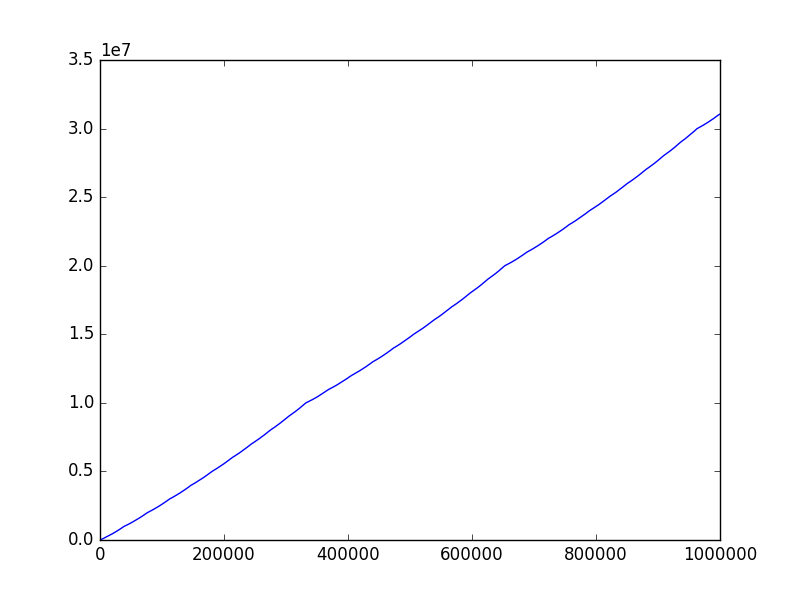 PS: I know it is not advisable to ask solutions from Project Euler. But I just want a new direction or a hint, as I have been moving in circles for past few days. If that is also unacceptable I can remove the question if suggested.

There are some properties of this sequence worth mentioning:
When you calculate $n-th$ number, you need to store only counter (to know which numer it was) and the number itself. To restart there is nothing more needed, as the next number is current number + sum of it's digits.

Taking some steps to ensure speed at first it is good to put numbers into array, avoiding naive mod and div calculations, which are expensive. This gives speedup by constant, but looking at times it does matter.

From starting point you can calculate next one, and next, and it works upto some point, this very point is number of digits change.
What is more important, patterns are changing with increase of numbers.
Digit sums are small in compare to numbers itself, so only the part of number will change on the most operations.
So what really can we cache?

We know that with two numbers with the same sum of digits the addition to get the next number will be the same. What about the next one?

Spoiler alert, below is quite explicit cache pattern

It depends on additional conditions, like the numbers that does not change in the run, I will call it shift, starting amount as start.

Taking some arbitrary run, like $100$, and taking start from $0$ to $9$ we can cache every pattern from starting point up to $100$, count number of elements (to know how to deal with counter, which is needed to give some $n-th$ number), and memorize it.

Ok. Until now any start is covered, what changes beyond $100$?
Unfortunately this patterns stop working, because if you try from $100$ making start equal $1$, the next number is calculated perfectly, but second one breaks.

Here we have to cover shift set to $1$ and start set to $0$. It also means calculating tables for different shifts.

Do we really need to calculate all of them? Not really, no.
Part of tables is just another one starting item further.
For example starting from $1, 2, 4, 8$ gives the same sequence shifted.
So do we need to calculate longer cache?
No, we calculate it up to shift change to pick up another run, so it will save a lot of memory.

We can continue until shift is higher than calculated.
Going further we might build more runs on fly, precalculate bigger runs, or observe another patterns (like we can partialy reuse tables already calculated).
Take a look at different shifts like $100, 1000, 10000, 100000, 1000000...$ they all give the same run being the same environment for digit sums, hence we can use the very same tables.
Making bigger tables than $100$ elements speeds up process further, making bigger jumps at once.

Since you asked for " a new direction or a hint " and I don't know the answer, I'll leave this here, I hope it's helpful. some ideas:

It makes sense there would be a pattern mod 9, since

Which you can prove by induction.

This means that all numbers are congruent to the sum of their digits mod 9.

If we keep expanding this recurrence we get

Which explains the pattern mod 9.

Here's some less than general code:

The plot (for the first 100) looks exponential, but I don't think it's perfect. 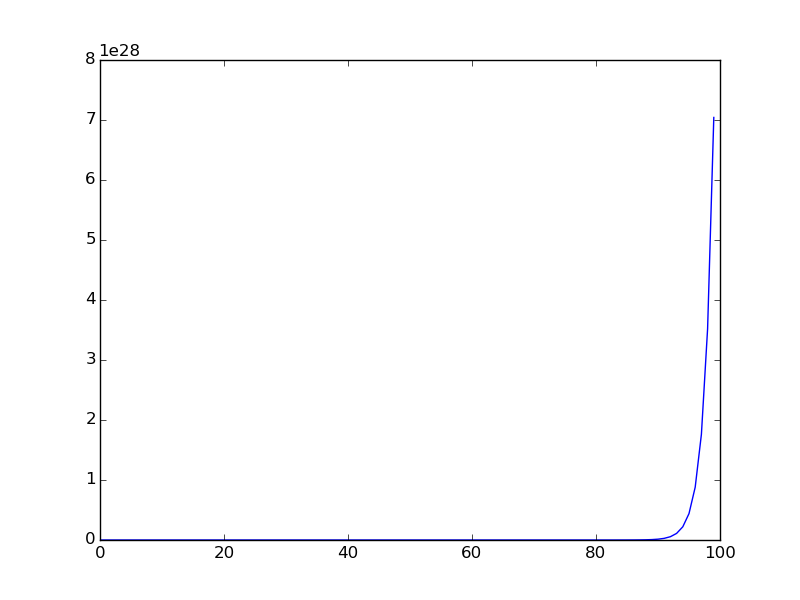 Here's the output of 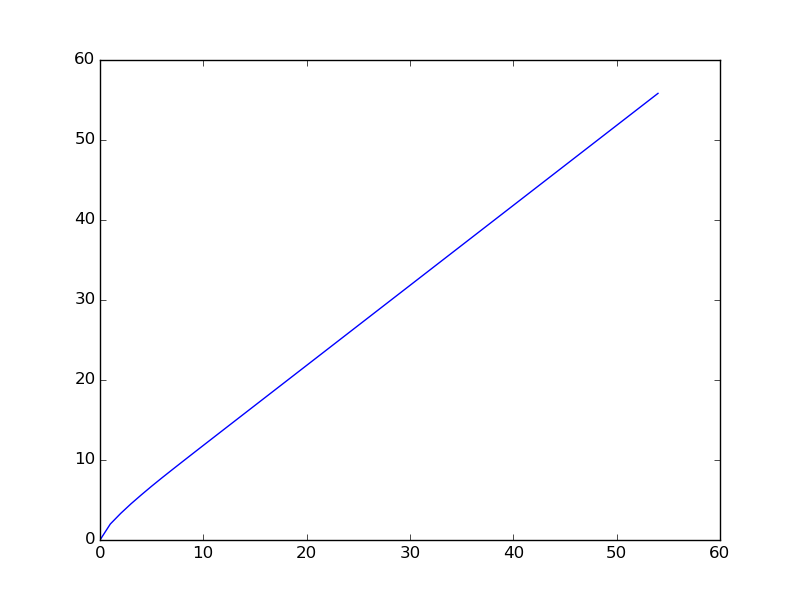 Makes sense given the above fact about powers of 10 mod 9.

It gives an interesting sequence of numbers though.

Edit: Apparently this is called a "digital root".

Not the answer you're looking for? Browse other questions tagged time-complexity number-theory or ask your own question.

2
Reccurrence for the game of pile of stones
0
Computing losing positions in modified Wythoff's game efficiently
4
How to compute the sum of this series involving golden ratio, efficiently?
3
set with maximum sum consisting of mutually co-prime numbers
6
Is it possible to get Nth Fibonacci number in sublinear time?
2
Confusion about the definition of the average-case running time of algorithms
2
What's the fastest way to find the longest (partial) repeat in a sequence that continues to the end?
0
Is the spigot algorithm for $\pi$ useful for computing all the digits of $\pi$?
2
Computing number of ways to make change