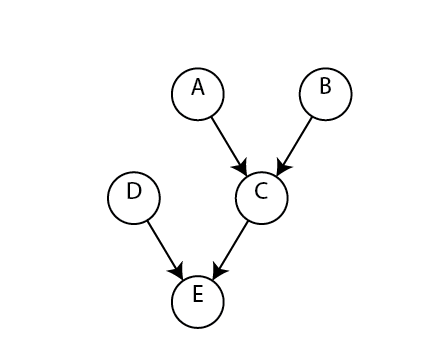 Now I want to take into account time. So it seems like the logical thing to do is to construct a dynamic Bayesian network from the above structure, as follows: 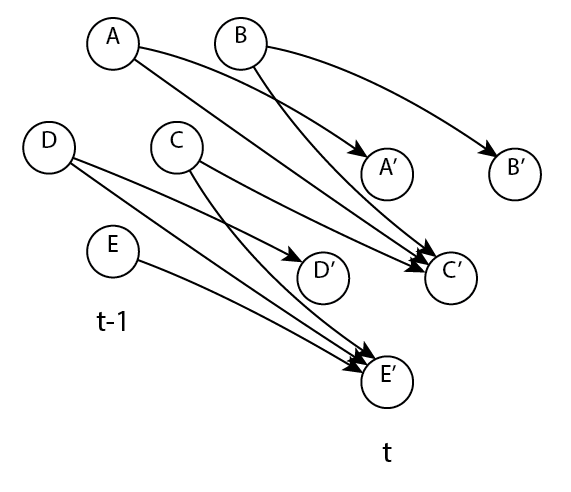 Question: How do I ensure that the constraints are maintained after the variables are updated? Under the current set up, it does not seem like the dynamic Bayesian network shown above is capable of doing this.

Idea: Does the update need to be performed starting from the leaf nodes? That is, update $A'$ and $B'$ first, then once their values have been realized, update $C'$, and so on, down the DAG? Is this the standard way of doing this?

Update: Would the following representation allow for the constraints to be represented? 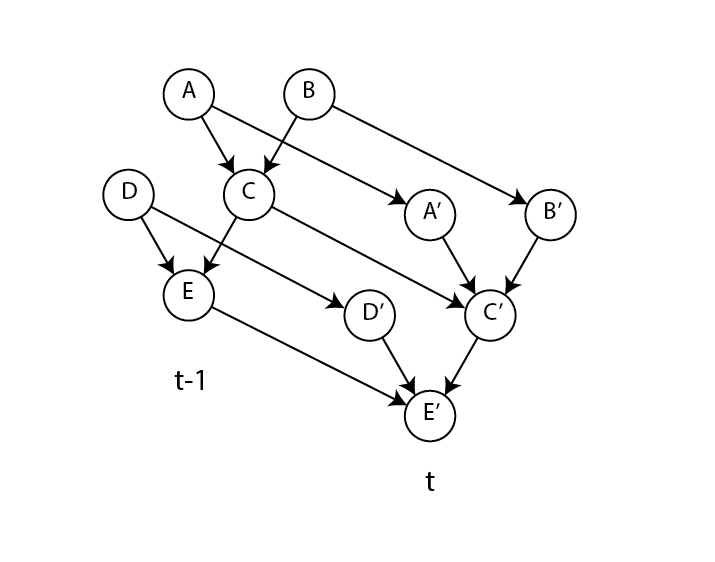 Update #2: Does anyone have any ideas? I'm really stumped on this.

Browse other questions tagged probability-theory dag or ask your own question.