What is the intuition on why the longest path problem does not have optimal substructure?

If we assume they have to be simple (for some reason this is required which I don't appreciate yet) and longest, then its easy to create a counter example. Consider the square graph with 4 nodes A→B→C→D→A. 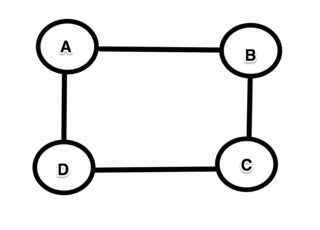 This seems to work only because we required the paths to be simple. Is it necessary to assume that the paths must be simple for us to prove that optimal substructure is not present?

I think that the counter example should be good evidence/proof (which I don't deny), I just don't find the counter example very enlightening at all. I see why it proves the point that it doesn't allow optimal substructure but it fails to provide me real understanding or intuition why it should be obvious that there should be no longest path optimal substructure. Like for example, why doesn't a cut and paste argument work? If the subpath isn't longest, then just stick in a longer path! It sounds very tempting, I mean, if we put in place something longer then of course it should get longer...though, this is for some reason wrong. Does the example actually in fact prove that DP can never solve longest (simple?) paths efficiently? I don't require for a general proof that its not in P (since thats might be asking for a P vs NP solution). I am just after a proof that its not solvable by DP (or at least very strong evidence that DP can never solve this longest paths problem or that the problem does not have optimal substructure).

I have definitively seen in wikipedia that the problem should be NP-Hard, which means that there is probably no fast algorithm. Not sure if that is the only type of evidence/intuition that exists to provide that optimal substructure should be obviously lacking (or if its not lacking, that it can't be used to make the problem faster). Is that the only way to show that it should not be solvable by a fast dynamic program?

Is the reason we require simple just because if we don't place that requirement the problem becomes trivial/uninteresting? In other words, if there is any cycle then one has solved the longest path problem to all nodes reachable from that cycle (by finding any path to that cycle). For the nodes that don't have any cycle reachable, we have a acyclic graph, which is solvable by DP (if the weights are positive?). In addition if there are cycles, we have automatically made things have optimal substructure (I think) because any longest path just is made up of longest path which covers two cases, 1 the paths through the cycle or 2 the paths through the DAG, which both contain optimal substructure. So the problem has become trivial without the requirement of simple paths? Or am I missing something or are there better explanations to why simple paths are required? Doesn't the algorithm in this paragraph show that general longest paths are solvable by DP?

I am also not 100% sure what requirements are needed to guarantee that DP can't be used. Is it necessary to negative edge weights, positive, un-weighted, directed, undirected...what are the requirements?

The longest path problem does have optimal substructure, and this can be used to improve the trivial $O(n!)$ algorithm to an $\tilde{O}(2^n)$ algorithm. First we have to generalize the problem:

You can solve this recurrence using dynamic programming in time $\tilde{O}(2^n)$.

While there is optimal substructure here, there are too many parameters to keep track of, and this is what makes the problem intractable.

First of all, the longest simple path is NP-hard and there is no doubt about that (as the Hamiltonian path reduces to it).

I've been thinking about the same in last 1 hour and came to the following conclusions:

i) Longest path in a graph without cycles has optimal substructure and so does the shortest path.

DP solves (i) in O(V+E). Bellman-Ford solves (ii) in O(VE) and Djisktra helps in certain sub-cases of (ii).

Not the answer you're looking for? Browse other questions tagged algorithms graphs optimization dynamic-programming or ask your own question.

14
When can I use dynamic programming to reduce the time complexity of my recursive algorithm?
4
Proof of an Optimal substructure in Dynammic Programming?