I'm trying to detect quasi cliques in an undirected graph. My problem is that I don't want any overlap between cluster.

I'm currently trying to detect community using Louvain algorithm, but it detects subgraphs with a low clustering coefficient (0.60) and when I detect maximal or quasi cliques they tend to overlap.

How can I compute a clique decomposition of an undirected graph with no overlap between clusters ? Is there an algorithm with an implementation of it which can deal with my problem ?

If you want to find cliques, or quasi-cliques, don't expect non-overlapping communities, as their definitions imply that there might be overlap between clusters. When it comes to community detection or clustering, you need to make a formal definition of a community or cluster (in this case it is a clique). There are two types of definitions:

Non-overlapping definitions - There are some definitions that do not allow any overlap between communities such as $k$-cores. Basically, the following properties prevent $k$-cores of being overlapping:

There are lots of different techniques such as modularity optimization, seed expansion, etc. If you are looking for stricter non-overlapping community definitions, you can dig further in this paper (and the sequence of other papers) and find the one ghat works well on coefficient clustering score:

Overlapping definitions - However, some definitions such as cliques or quasi-cliques, allow overlap between clusters, even though you consider maximality. Below, I show a simple example where few maximal cliques overlap with each other (link for image). 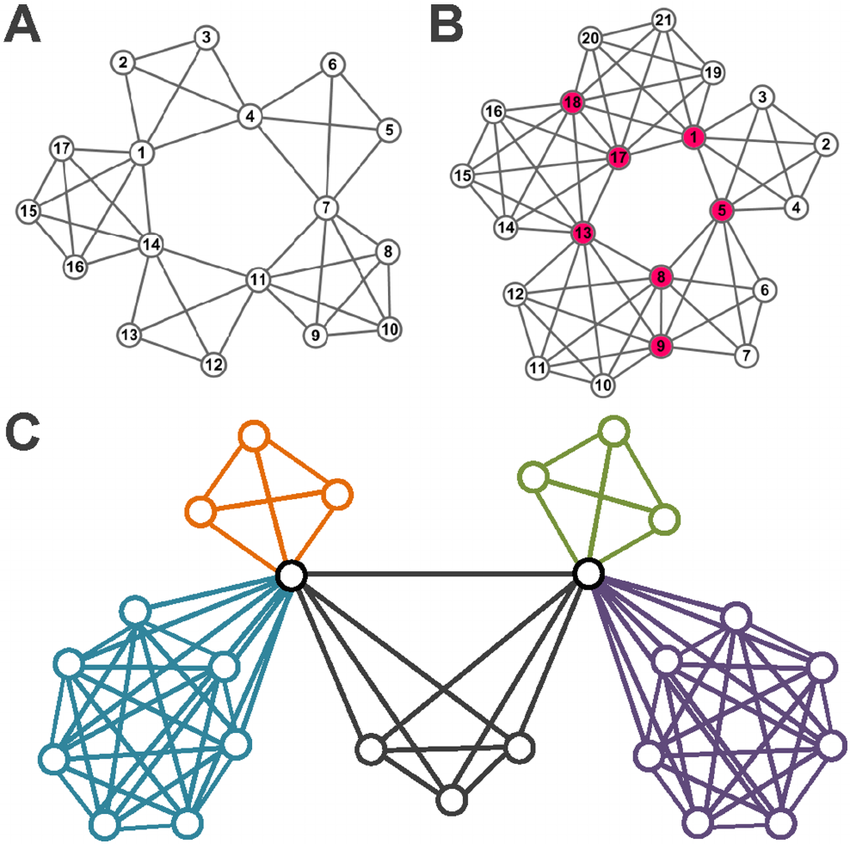 Not the answer you're looking for? Browse other questions tagged algorithms graphs optimization social-networks clustering or ask your own question.

0
Cliques in an alternate graph representation
6
Expected number of maximal cliques in $G(n,p)$
2
Covering a graph with non-overlapping cliques
2
"Breadth course" problem – find maximum independent set given all maximal cliques
3
Algorithm for finding cliques
4
Creating Best Clusters of Objects Based on Distance Between Them
0
Weighted graph clustering with maximum size constraint
2
Partitioning a graph into subgraphs with overlapping nodes