According to constraints of multi-commodity flow problem a given material must start at source s with demand d and end up at its target t. The linear program form of this problem as given in clrs is

f is flow, c is capacity, u and v are vertices, d is demand, s is source, t is target(sink). We are given k commodities. i corresponds to ith commodity.

Why It works for single commodity case

In single commodity case it includes all the constraints. This is popularly known as the Maximum Flow problem. The first constraint is capacity constraint, the second one is flow conservation. The fourth implies flow is non-negative.

Why There is Problem for the multi-commodity case ?

There is no constraint on target which guarantees that flow will only go into its respective case.

For instance, this seems like a simple counter example: 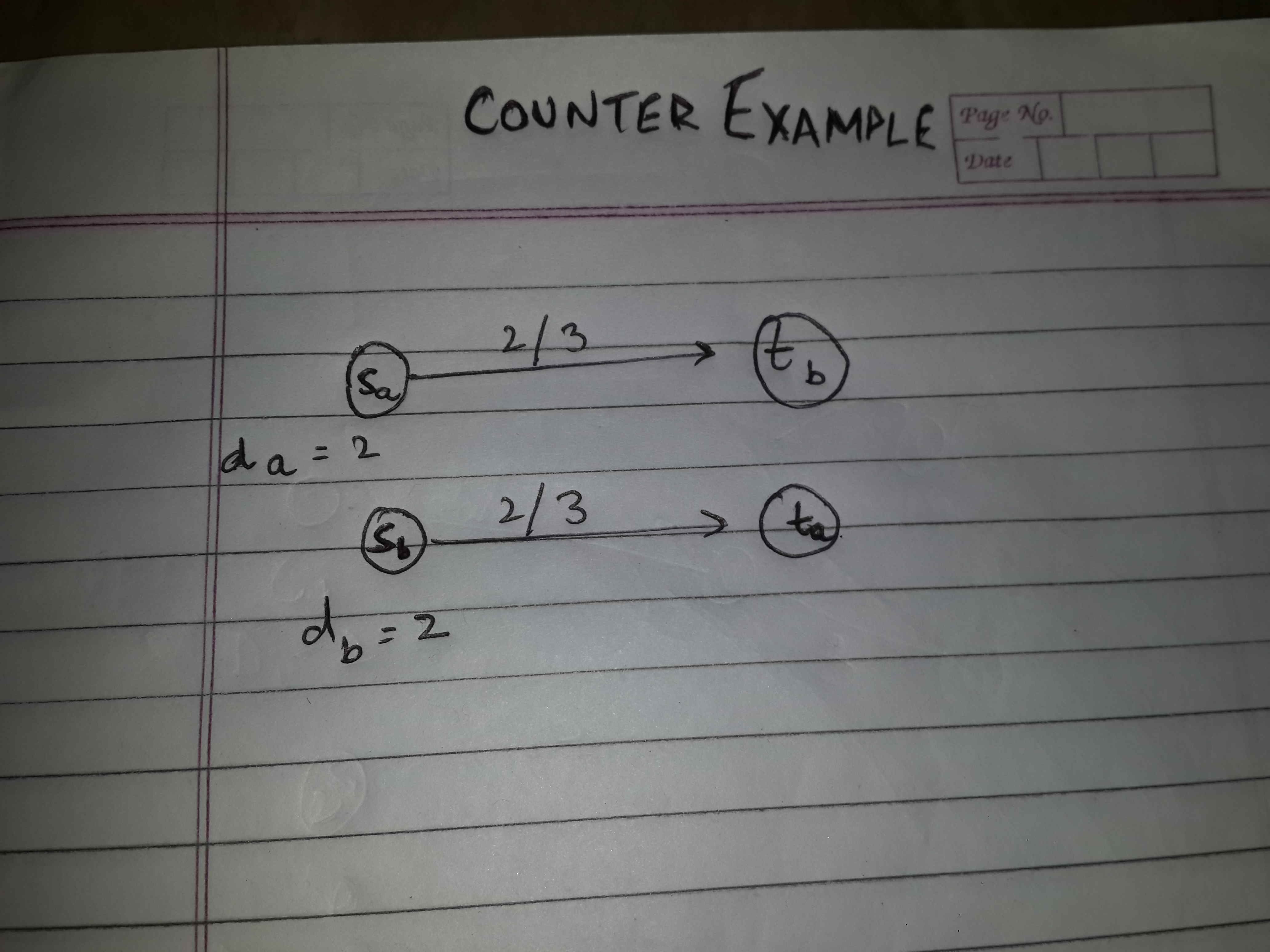 The linear programming formulation from CLRS is fine. There is no problem with it.

Your purported counterexample isn't a valid counterexample -- it doesn't satisfy all of the inequalities. Take a closer look at the specification of the second inequality. For instance, when we are dealing with commodity $a$ ($i=a$) it says that we should have

so the inequality is violated.

2
How to modify Bellman-Ford algorithm for this specific Minimum Cost Flow problem?
2
Basic questions about network flow calculations
3
Minimum number of moves required to transfer items from source bins to target bins?
2
optimal flow for index multiple source and destination in directed graph
1
Minimal paths as solution of a linear program of a special network flow
1
Where's the flaw in my algorithm? (Linear program to solve NP-hard problem)
1
How to solve the minimum-cost flow problem on a complete graph, with a concave cost function of flow for each edge?