About the MNIST data-set

The short answer is: I don't know.

There's been lots of work on visualizing the MNIST data set, in 2 dimensions, and even in 3 dimensions. 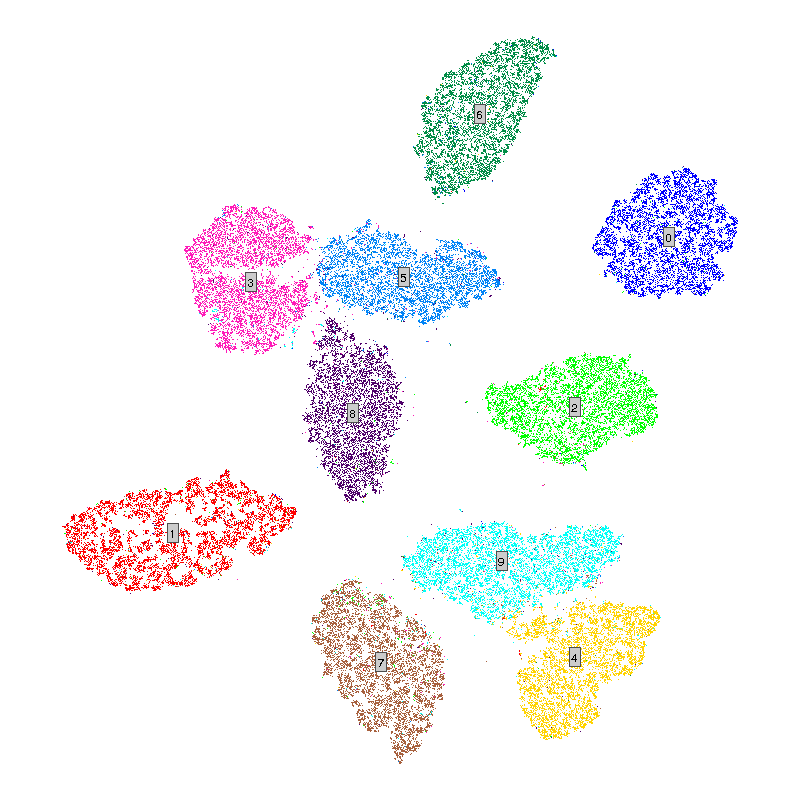 However, the NE embedding is not linear. It doesn't try to be a linear map from the image space ($\mathbb{R}^{768}$) to the plot ($\mathbb{R}^2$). Rather, it tries to preserve the topology: it tries to make images that are nearby (e.g., in L2 metric) be near each other in the visualization.

See also this blog article for exploration of different ways of embedding MNIST into two or three dimensions, including both linear embeddings (e.g., PCA) and nonlinear embeddings.

Here's another visualization of doing PCA to 2 dimensions on MNIST: 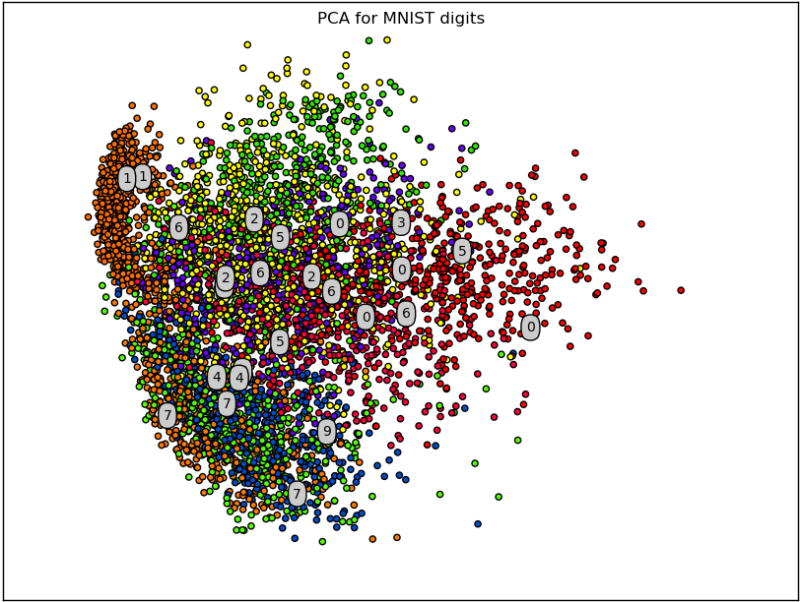 Even if you look at just two different digits and apply 2-dimensional PCA to project linearly onto the two principal components, the result is again not even close to linearly separable: 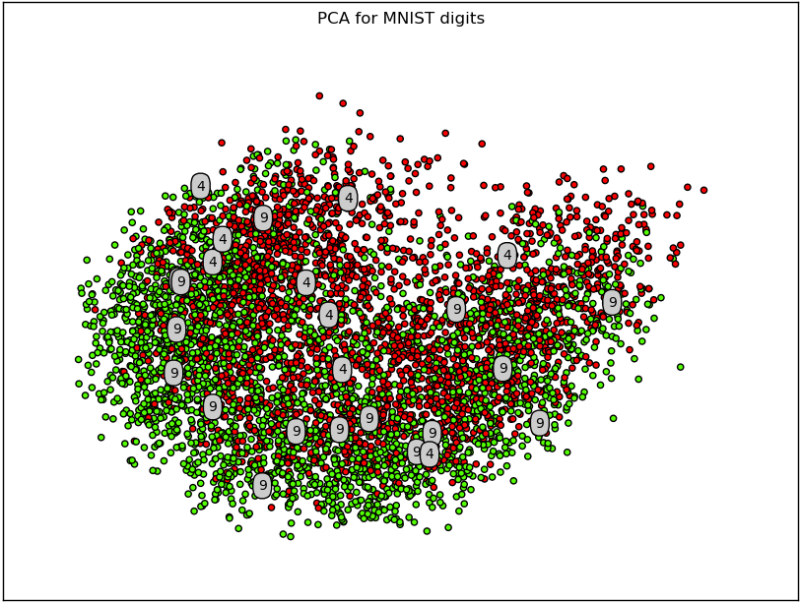 So at least 2 dimensions don't seem to be enough to distinguish 4's from 9's.

Read the rest of that blog post to see what happens when you try to do a locally linear embedding to project all MNIST digits onto 2 dimensions. You'll see that, while there are some commonalities, the result doesn't look good enough to get high accuracy.

A note of caution

We need to be careful about what you mean by "lay on a manifold". Of course, if you consider all the ways to write a 7 (say), those 7's will all lie on some manifold in $\mathbb{R}^{768}$. I doubt that manifold is going to be a linear subspace (i.e., a hyperplane).

So you need to make sure you are asking the right question.

People have studied this. For instance, people have built autoencoders, which are basically a way to use a deep neural network to build an embedding $f$ such that you can still reconstruct the image with reasonable accuracy. You can train an autoencoder on the MNIST digits to build an embedding $f$ that maps to a lower-dimensional space, then train a classifier that tries to label the digits based on the result of the embedding. The following paper looks at one approach to that, on the MNIST data set:

They build autoencoders that map to a 30-dimensional data space, and where a simple classifier achieve an error rate of 4-5%. For MNIST, 4-5% error rate is very high: the state of the art is an error rate of 0.5% or so, when training a classifier on the original images. So this means that, as far as we know, if you try to map down to 30 dimensions, a lot of information is still preserved, but a significant amount is lost: you lose enough information that the classifier's error rate increases by an order of magnitude.

In short, 30 dimensions doesn't seem to be enough, at least for an embedding built in this way.

The other caveat is that the embeddings built in this way use a multi-linear neural network, and thus might still be fairly nonlinear. If you demand a particularly "smooth"/"nice" embedding, this result might not be relevant.

Not the answer you're looking for? Browse other questions tagged reference-request machine-learning data-mining data-sets or ask your own question.

1
Event Prediction through Machine Learning
0
Understanding non-linear dimensionality reduction algorithm (locally linear embedding)
0
Transformation from one feature space to another
0
Transforming training data for machine learning algorithms
98
Why is deep learning hyped despite bad VC dimension?
0
Bias or not when finding patterns using data mining techniques?
2
Why is it not always possible to compute the centroid of feature vectors?