Processing weighted points of interest. Is there a name for this task/algorithm?

Is there a name for the following problem? Is there a measure of quality of a given solution? How can we even define what a proper solution is?

Context: I want to detect long lines (most lines over 1000 pixel long) in an image. It is known that most of the lines have similar alignment. To detect those I use the Standard Hough Transform. To detect long lines I need a high angle resolution of the accumulator. Now the idea is not to use an equidistant partition of the angle axis but to create a new partition based on the number of votes for each angle.

My solution: The idea is to treat the vector of weights as a density function and to use the quantile function of its cumulative distribution function (cdf). 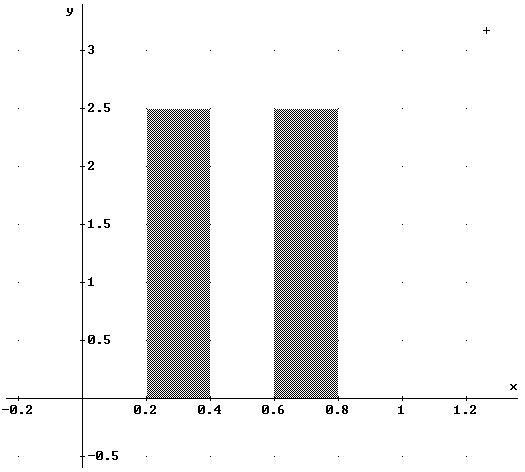 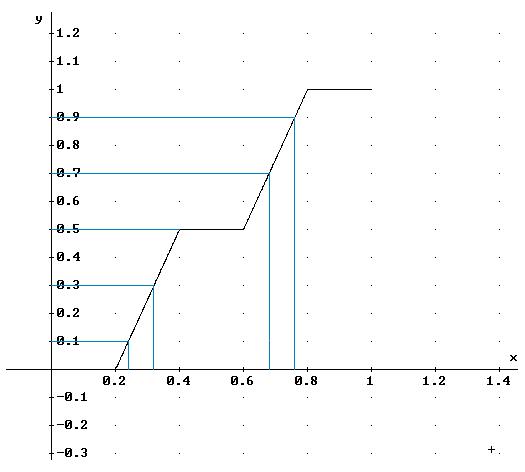 Here is a C++ function which performes those tasks, where the vector "weights" represents the input weights and "sample" contains the new partition after execution:

This algorithm seems to return solutions which are intuitively correct but how can you define "correct"?

Solution to your algorithm problem

This is "optimal", in the sense that given all of the information available to you, it gives the optimal bin-sizing for a particular distribution. We could prove this by proving that for a particular pdf, this definition of bins ensures that each bin has exactly $1/n$ probability mass falling within it.

Other approaches to your computer vision task

The Hough transform might not be optimal. There are other approaches you could also try. For instance, there are algorithms for detecting lines that are approximately horizontal. So, the following approach might be better:

The problem of finding long, approximately-horizontal lines has been studied in the literature on image processing and deskewing scanned documents. Or, if you want a free tool, take a look at existing tools, e.g., Leptonica, pagetools, ImageMagick (convert -deskew), and others.

Another standard approach is to apply the Hough transform twice:

This is more efficient then doing a single Hough transform sensitive to 0.01 degree increments.