I am reading the book Neural Networks and Deep Learning by Micheal Nielsen. In the second chapter of his book, he describes the following algorithm for updating weights and biases for a neural network: 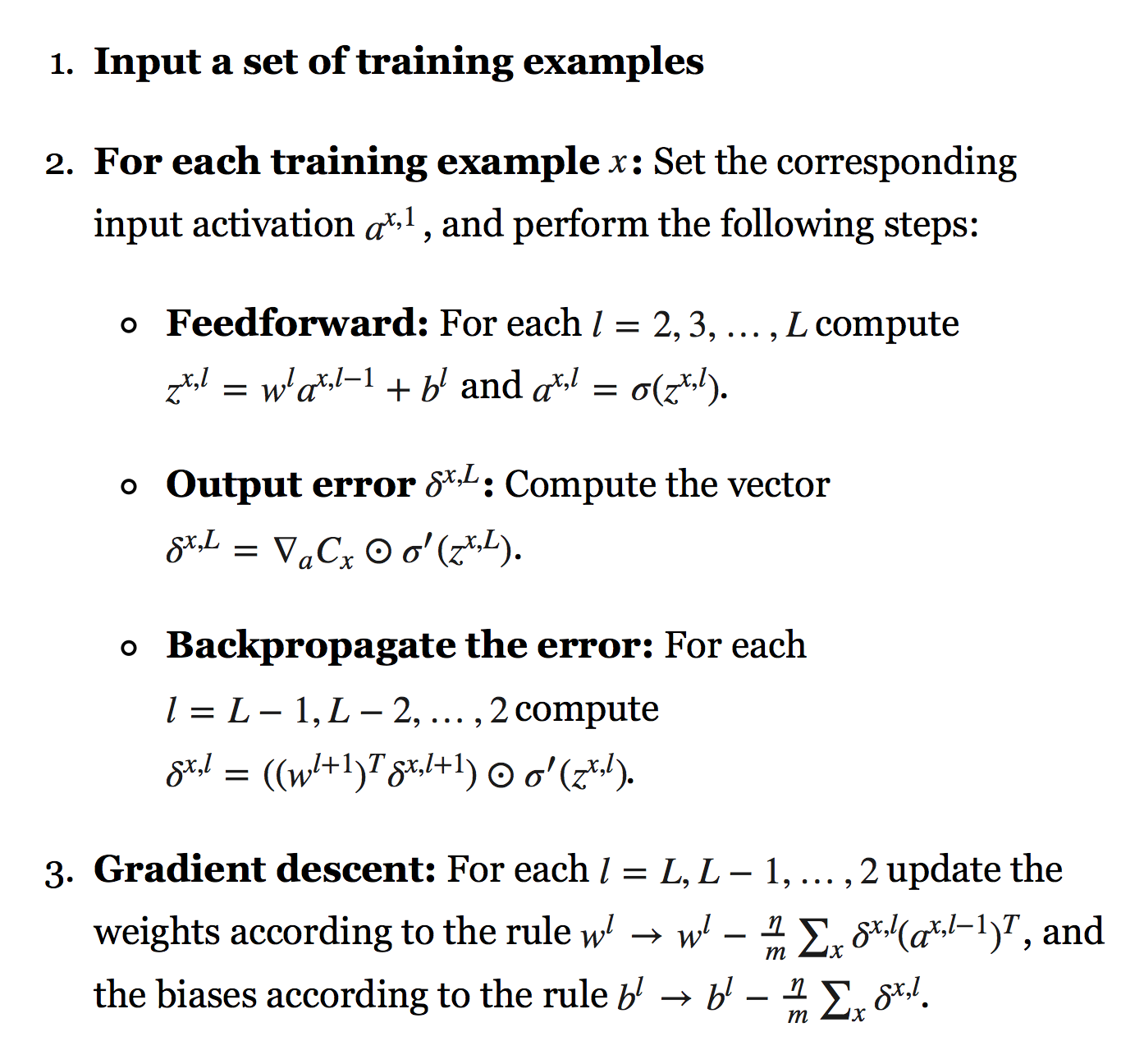 Thank you so much for your help and I appreciate it.

Anyway, you could do it either way. Both ways are valid. The stochastic gradient descent approach seems to be faster in practice, but neither one is wrong.

Why did the book describe it this way? That's a pedagogical choice. The author might have considered it more natural or easier to explain this way.

Not the answer you're looking for? Browse other questions tagged neural-networks gradient-descent or ask your own question.

3
Why updating only a part of all neural network weights does not work?
1
Why is backpropagation called backwards propagation of error, when it back propagates error derivatives?
3
Why does the neural network logistic regression cost function sum for all layers only for lambda?
5
Why does the effectiveness of my reinforcement based neural network recede after a while?
1
Neural network for PDE: Should we train the PDE using more initial and boundary data at the beginning?