I'm trying to prove that the following CFG can be converted to a CNF:

Here below is how I've managed so far:

There are no such rules in this CFG.

Step 4: make right-hand-side not contain more than $2$ non-terminals or $1$ terminal:

So this is where I got confused. I have now both C and F that go to AB. If I've done this correctly that would mean that either C or F can simply be removed. Or, of course, I've done something wrong in this procedure.

You're right to be cautious, but there is nothing wrong.

A context-free grammar is in Chomsky Normal Form if and only if every rule is of the form:

Is this a valid context-free grammar in Chomsky Normal Form?

Yes, it is. Each rule is of one of the allowed forms.

But - you say - T and U have the exact same rules; one can be replaced with the other!

Congratulations: you have invented a normal form! A grammar is in Byfjunarn Normal Form if and only if it has no two different nonterminals for which the rules have the exact same right hand sides.

This is clearly a normal form: in fact, normalizing grammars into this form is so easy that we do it routinely, without even thinking about it.

Just let the poor algorithm go about its ways. You know what to do once it's finished :-)

Rules for conversion of CFG to CNF https://www.geeksforgeeks.org/converting-context-free-grammar-chomsky-normal-form/

Here is the solution of question: 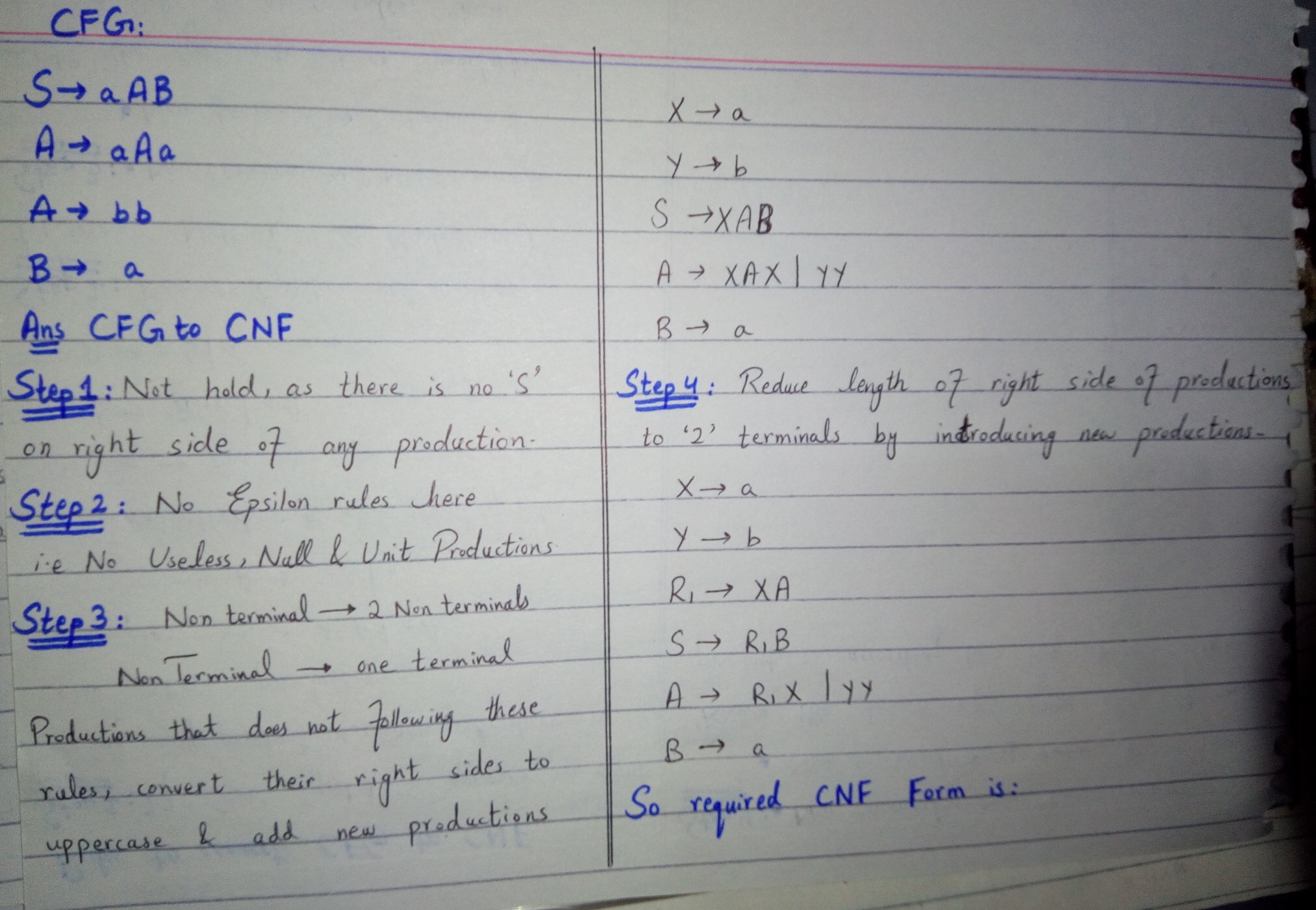 Not the answer you're looking for? Browse other questions tagged context-free formal-grammars proof-techniques chomsky-hierarchy or ask your own question.

1
CFG to Chomsky normal form
4
Is this formal grammar context-free (CFG) but not context-sensitive (CSG)?
0
Removing epsilon transition from context-free grammar
1
Context-Free Languages where every rule produces at most one non-terminal
5
Why is the start symbol “not allowed” on the right hand side in Chomsky normal form?
6
Are these special (one production) Context-Free Grammars always unambiguous?