My idea of analogue computers had been that they were the discrete version of digital computers, with fuzzy logic operations returning values in the interval [0, 1] instead of Boolean operations.

However looking at schematics, they seem to be built for directly computing differential equations.

I'm struggling to connect this to dicrete computation. How do analogue computers perform simple logical operations?

As you point out, electronic analog computers were designed to compute differential equations, not simple logical operations. You can model an arbitrary linear differential equation with a circuit made of op-amps, resistors, and capacitors, where the variables in your equation are represented by voltages and currents in your circuit.

For non-linearities you can add a diode. The Shockley diode equation gives a good approximation for the behavior of a diode:

(where $V$ is the voltage across the diode terminals, $I$ is the current, and $I_s$ and $n V_T$ are constants that depend on the construction of the diode.) So now we can implement exponentials and logarithms.

So now to actually answer your question: logic circuits in modern digital computers are non-linear analog circuits where some circuit voltage or current is taken to represent the boolean value. For example, we might say that a voltage greater than 5V represents true and a voltage less than 1V represents false. (Any voltage between 1V and 5V is assumed to be an error).

In the 1950s this was sometimes implemented using diode logic. For example the Wikipedia page shows this diagram of an or gate: 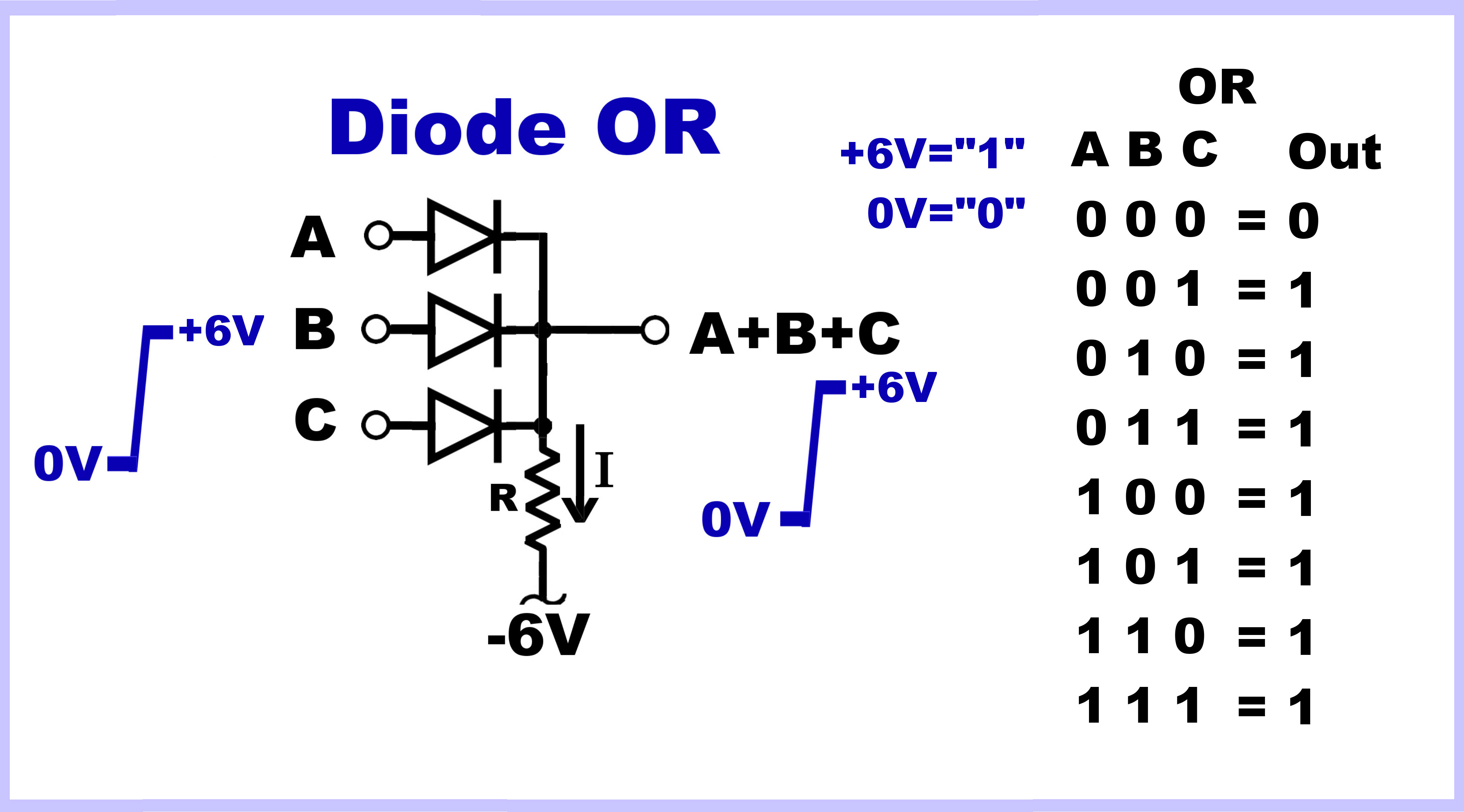 When this is followed by an inverting amplifier we get both a logical not operation, and restoration of any voltage levels that have degraded away from 0V or 6V. For example a common emitter amplifier has this characteristic, 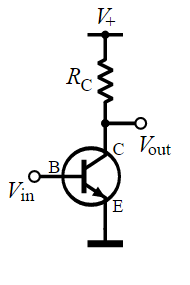 Not the answer you're looking for? Browse other questions tagged computer-architecture fuzzy-logic or ask your own question.

15
Logic gates from everyday materials
6
What are the treatises on how to build mechanical computers?
4
Why don't computers use the same architecture?
71
How do computers keep track of time?
2
How did early computers handle variable word length?
0
Perform the following 8-bit two's complement arithmetic operation
1
If the MOVE instruction in a Transport Triggered Architecture can implement a NAND gate (as a Functional Unit)
1
Binary to ASCII using logical operations
2
What roadblocks are there to HSA becoming standard, similar to floating point units becoming standard?