How to pack polygons inside another polygon?

I have ordered a few leather sheets from which I would like to build juggling balls by sewing edges together. I'm using the Platonic solids for the shape of the balls.

So now, I would like to maximize the size of my juggling ball.

In my example, the polygons are regular ones, but I'm looking for a solution with simple polygons.

What is the largest scale factor that I can apply to my polygons so that they all fit inside the sheet ?

I am trying to minimize the waste by using as much as material as possible.

Obviously, cutting the polyhedron net into individual polygon will increase the space of possible combination, but also decrease the quality of the final geometry, because there is more sewing involved and accumulated errors. But this question is not about enumerating the different ways of unfolding a polyhedron. They can be considered independently. So the polygons are simple polygons.

Maximize $m$ subject to these conditions:

( V(G) are the vertices in the graph, and S is the set of polygons, but they describe the same set of objects. Maybe there is a more compact way to do this.)

Explanation of the conditions:

Here is the target polygon 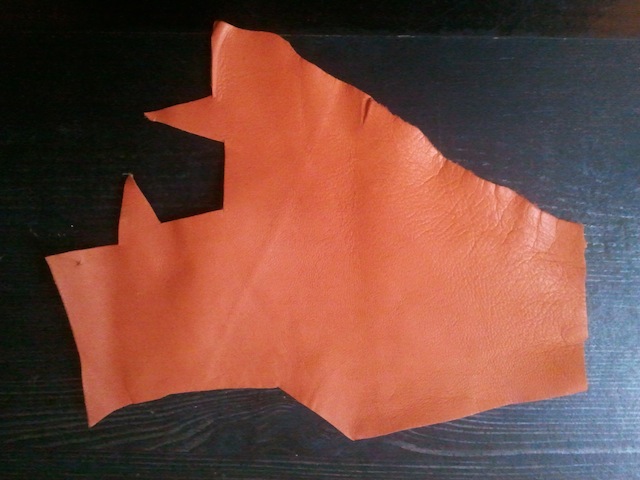 Here is the set of polygons I want to pack: 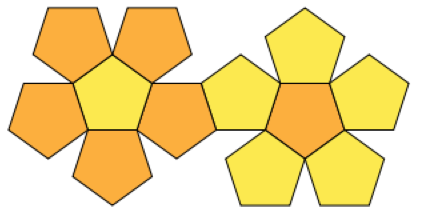 This belongs to an optimization class of problems called Packing problems. In your case, instead of a regular polygon as container, you've got an irregular one, but the idea remains the same.
These optimization problems are usually NP-hard, so I don't think there is an easy way to get the exact solution and trying all the combinations would be too too expensive.
There are some people interested in this kind of problems; I've found this link of some solved specific packing problems: https://erich-friedman.github.io/packing/

But, unless you are going to use this factor for a large scale juggling balls production, probably doing it by hand would be fairly enough.

Not the answer you're looking for? Browse other questions tagged optimization computational-geometry packing or ask your own question.

10
How to find contour lines for Appel's Hidden Line Removal Algorithm
3
Divide self-intersecting polygon into simple polygons
3
Is a circle inside a polygon?
3
How would I algorithmically "stretch" polygons on a plane by re-scaling the distances between interior points?
3
Algorithm for decomposing a complex (self-intersecting) polygon into simple polygons