I need to find the intersection of the internal tangents of two point sets $V_a, V_b$ in $\mathbb{R}^2$, defined via their convex hulls. We can assume that the sets are disjoint and linearly separable, so I think the internal tangents are uniquely defined as the two lines which are tangent to each of the convex hulls of the sets, such that each set is on a different side. This is the point marked green here: 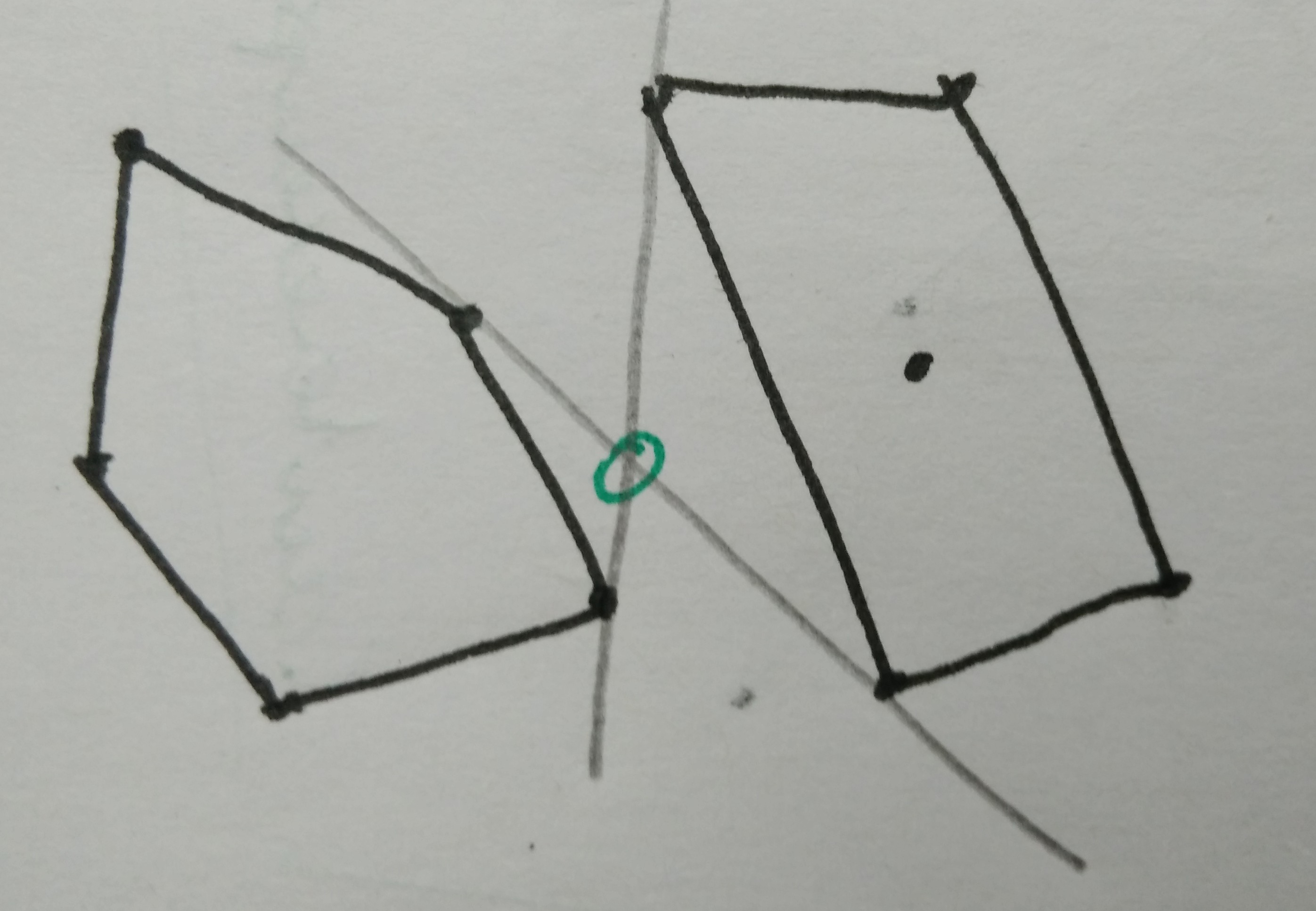 This paper ("Computing Plurality Points and Condorcet Points in Euclidean Space") I'm currently reading (paywalled, unfortunately...) says in a sort of side note that this problem can be solved using linear programming, in linear time in the number of points, but doesn't describe how.

But now I am stuck. For one, we need to constrain the space of lines somewhat; $\lVert (a, b) \rVert = 1$ would be natural to require, but that's not linear. Also, I'm not sure about the cost function; I thought about using

since $F$ is somehow a distance from the line (although not in the strict sense, I guess). But that is just guessing and also doesn't work -- I tried some things like I described in JuMP, but it always returned "infeasible".

How can this be formluated as a linear program? Alternatively, I can accept an algorithmic solution with linear time. Or a disproof, of course.

I found a way to solve the problem in my case -- maybe that only applies to the special conditions found in the paper. There, the two point sets can be assumed to be non-collinear and always separable by a line parallel to one of the coordinate axes, and we always know that $A$ is "left of" (or "above") $B$.

Not the answer you're looking for? Browse other questions tagged computational-geometry linear-programming convex-hull or ask your own question.