Complexity calculation of a recursive function with additional O(n) complexity

There is a method that I want to calculate its complexity in asymptotic notation. It calls additional methods(equals and substring) which complexity is $O(n)$. If it was $O(1)$, I could figure out complexity of the calling method. I have tried some operations; however, I'm stuck on calculation with the additional part. Can you solve its complexity with steps? 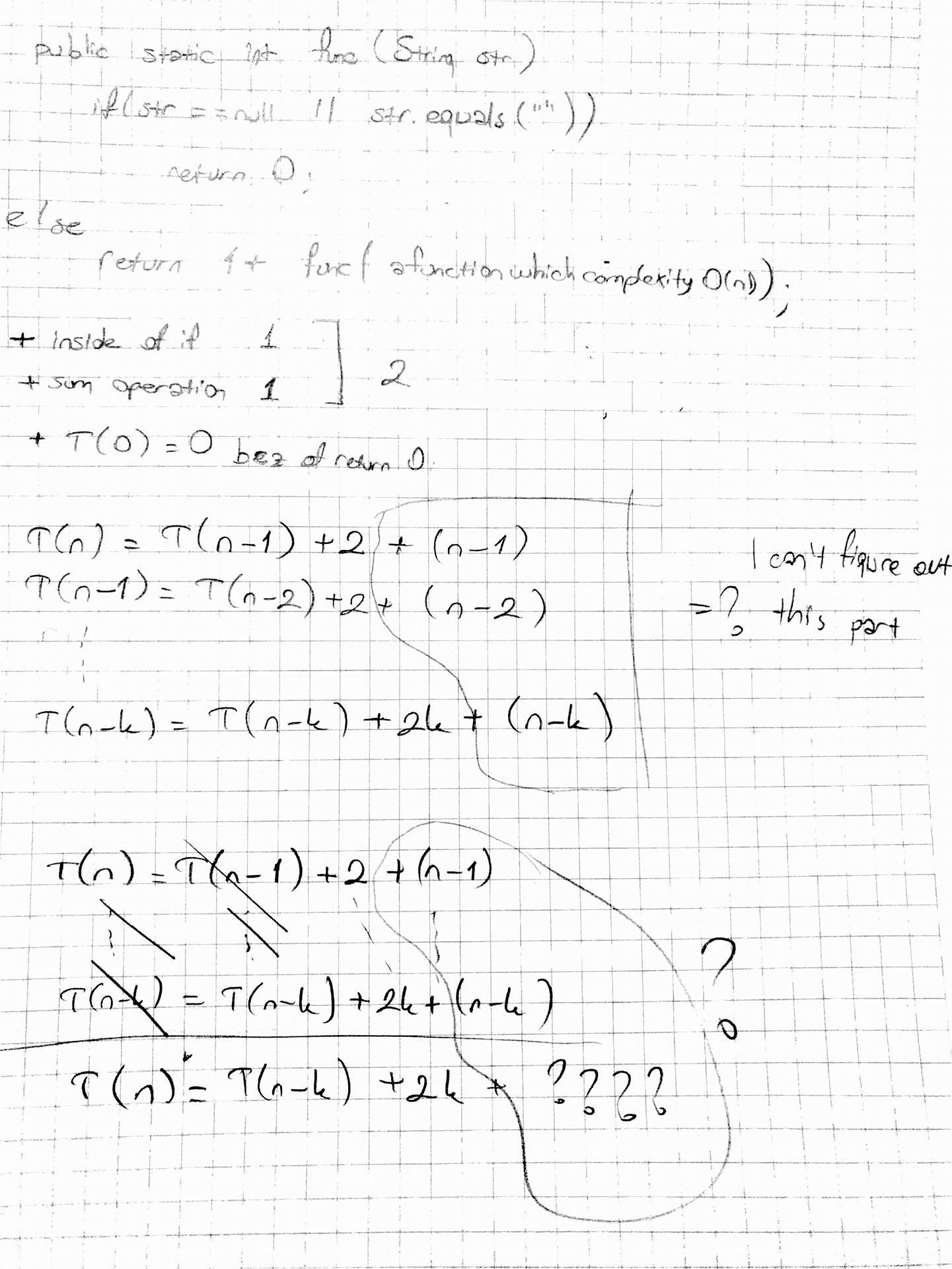 This all comes down to the time it takes to compute x.substring(1) and x.equals("").

(In other words, the recurrence you had is correct.) This recurrence solves to

However, it turns out that some versions of Java implement substring() in a particularly clever way, with the result that x.substring(1) takes only $O(1)$ time, not $O(n)$ time. In particular, x.substring(1) doesn't make any copies of the string. Instead, it creates a new string object (call it y) which has a pointer to x and effectively says "hey, this string skips the first character of x and starts at index 1".

Consequently, when you take into account this more sophisticated understanding of how substring() works in some versions of Java, the recurrence becomes

That solves to $T(n) = O(n)$. So, the total running time of your code is actually only $O(n)$, in those versions of Java, due to the clever way that Java implements the substring() method.

See https://stackoverflow.com/q/4679746/781723 to learn more about the running time of substring() and which of these analyses applies to you.

The question is absolutely not answerable without knowing what aFunctionWhichComplexityisO(n) returns.

Or the function always returns null, then the time is $O (n)$.

Assuming that you have the right recurrence:

Hope this is what you expected.

Not the answer you're looking for? Browse other questions tagged complexity-theory asymptotics or ask your own question.

90
Solving or approximating recurrence relations for sequences of numbers