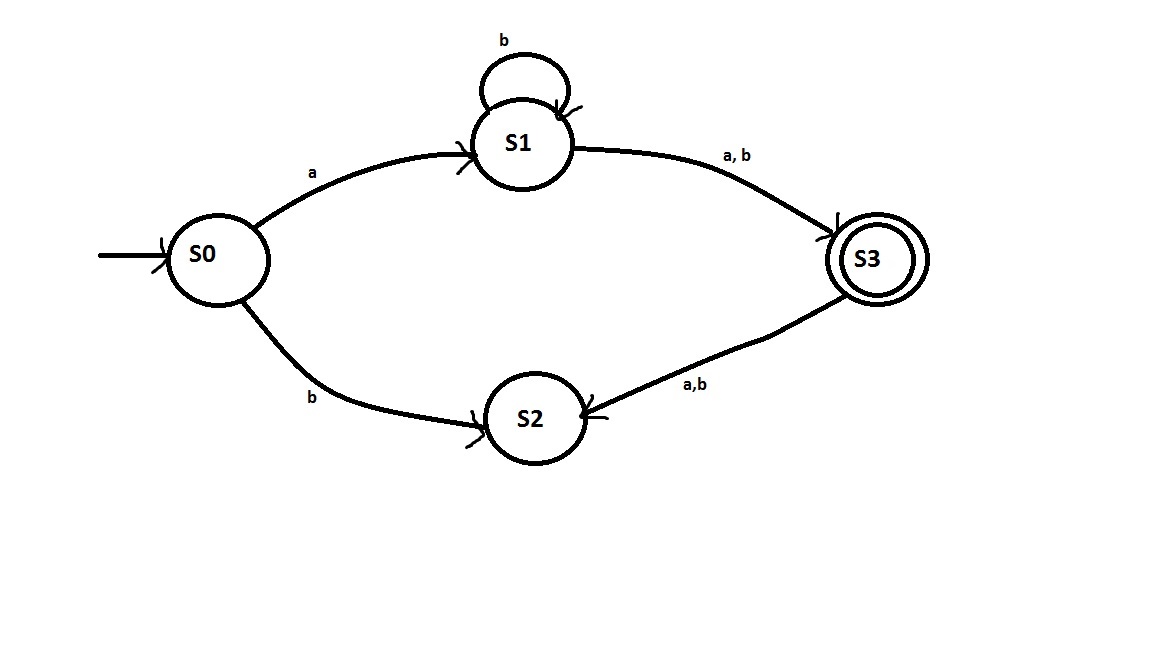 We were given a question in class with this FSM and had a debate over what the regex would be and the corresponding accepted strings. Does this FSM make sense as on state 1 there seems to be a choice between going to state 3 or looping on state 1 with the input of b.

Please forgive the bad drawing as we were given the question on paper.

The diagram appears to be of a Nondeterministic finite automaton, or NFA. A NFA is a model of a theoretical machine that accepts a given string if any path through the NFA for that string can end up at an accepting node.

So the simple answer to the question in the title is "yes, if you're talking about NFAs". (As opposed to Deterministic finite automata, or DFAs, which must have a unique outgoing edge for each character at a given node)

The regular expression should now be easily readable from the machine: ab*(a|b)

Not the answer you're looking for? Browse other questions tagged regular-expressions or ask your own question.

5
Can a Turing Machine decide if a regular expression matches all strings of exactly some length $l \geq 1$?
26
What is the Relationship Between Programming Languages, Regular Expressions and Formal Languages
1
DFAs that must reach a certain state at least once
1
Number of strings accepted by this regular expression
1
Difference between methods of converting from finite state machine to regular expression
3
Regular expression for language that does not accept x string (3 letters, |x|=3)
2
An approach to determine whether language is regular or not?
1
Operations without common elements can not be generated using a finite state automata