In a paper I see the following lemma about unlabeled binary trees:

It goes on to use this to show that if you want to compute the number of n-node binary trees that have m-node as a subtree, it doesn't matter what m-node tree you use.

I feel like I'm either misinterpreting this or missing something obvious. But isn't the following setup a contradiction to this lemma: 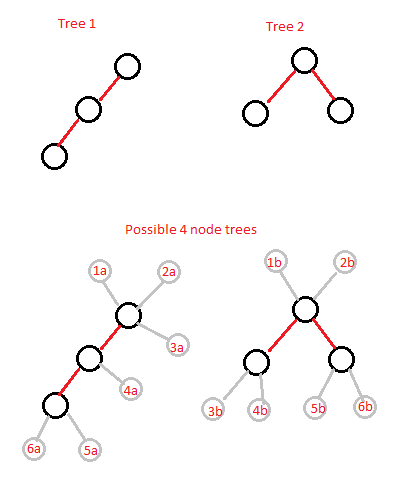 You haven't defined what a subtree is, so let's assume that $S$ is a subtree of $T$ if there is a node $x \in T$ whose subtree is isomorphic to $S$ (the notion of isomorphism depends on the definition of subtree).

Not the answer you're looking for? Browse other questions tagged binary-trees or ask your own question.