Here is what I currently have: 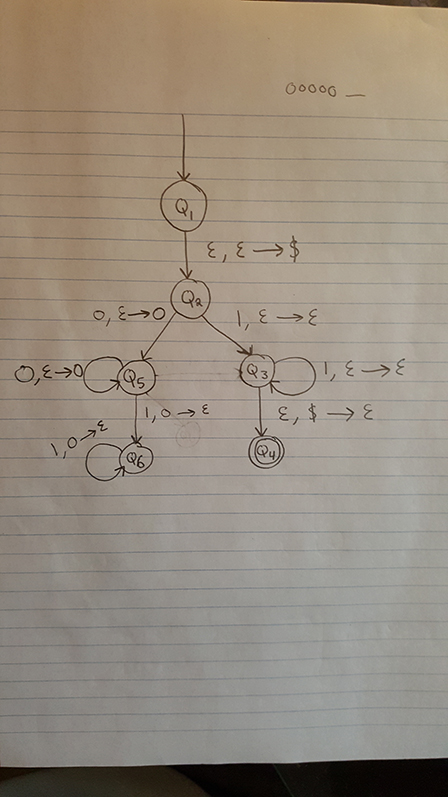 I quickly constructed and tested a PDA for this. It consists of three states:

This PDA is of course nondeterministic but solves the problem nonetheless. Hope this helps you build the PDA!

Not the answer you're looking for? Browse other questions tagged formal-languages automata context-free pushdown-automata or ask your own question.