Order-of-growth of selection sort is quadratic, it takes 2secs to sort 100 elements, what will be the expected completion time to sort 200 elements?

The above is an MCQ from an online quiz given by my Algorithm lecturer. The available options are 6secs, 4secs, 12secs and 20secs.

The answer I selected was 12secs and it was rejected. The lecturer said the answer should be 4secs and then I started to prove that the answer is greater than or equal to 8secs in the following ways.

T = kN2, where k is an arbitrary constant

NOTE: This is almost identical to the first proof.

3. Using a slide from a reliable source

Suppose the answer is 4secs,

Whereas when you substitute the answer 8secs, 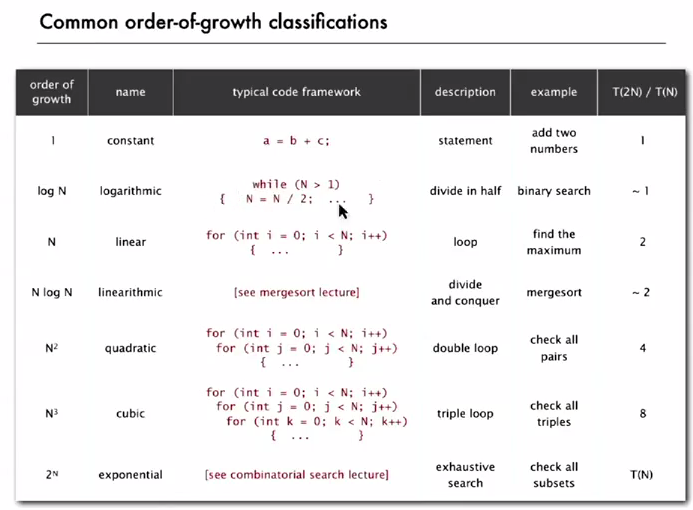 4. By ploting the curve on a graph Finally, the lecturer agrees that the answer should be 8secs but since that option is missing I should select the closest approximation which is 6secs.

But my point is the running time should be greater than or equal to 8secs and at the same time closest to 8secs because there are other basic operations involved as well like variable declaration, initiation, comparison, swap function and for small inputs the time taken for those aren't negligible. So the answer 12secs is my answer in the given context.

Although we can't tell the exact running time, what do you think is the possible range for running time? and, is my argument valid or not?

I thank you in advance!

First off, that's a less than wonderful question.

That said, I still don't like the question very much. Usually when we say that an algorithm has quadratic running time, we mean that its running time is in $\Theta(n^2)$. That means the running time could be something like $T(n) = c_1 \cdot n^2 + c_2 \cdot n$. If the running time looks like that, then we don't have enough information to conclude what the running time will be for $n=200$.

Both answers 4secs and 6secs given by the lecturer are correct since those are the only possibilities.

My friend derived to this conclusion based on the following calculation,

At the same time ,

This gives the range for T(2N) as below,

Since both of those answers are within this range, this proves my argument is invalid.

Not the answer you're looking for? Browse other questions tagged algorithms runtime-analysis sorting or ask your own question.

2
Finding nearest of a list of points on Euclidian plane to a given reference point
0
Which is the most efficient out of Bubble Sort, Selection Sort, Insertion Sort for a identical set of elements?
0
Why selection sort will require $O(N)$ time
2
Why does the insertion-sort algorithm have a quadratic instead of a quasi-linear time complexity?
3
Given 5 curves, find the maximum total you can get for each possible level
1
How to find an algorithm's complexity from actual running times
0
Selection Sort vs Insertion Sort For Reversed Array
1
Time complexity to sort 100 elements by using selection sort?
2
Is there an algorithm to determine which face of an n-dimensional hypercube is closest to a given point in $O(n\log(n))$?