of pairs of nonempty subsets of $S$, for some integer $m$, such that

Look at the following image 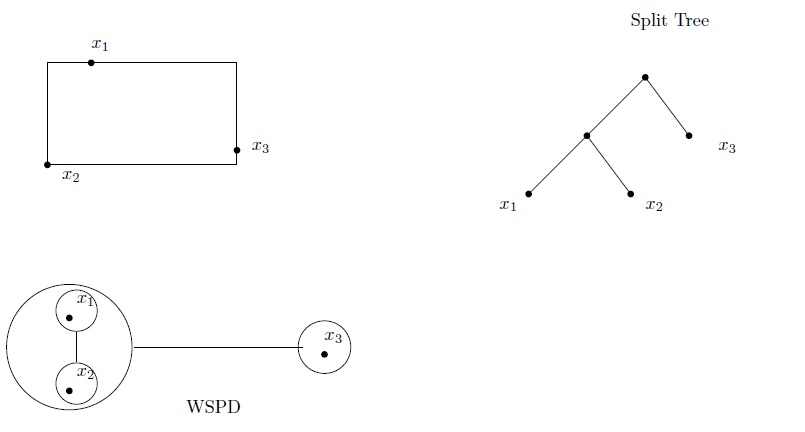 The points $x_1, x_2, x_3$ are given in the plane and the split tree is drawn. Suppose for some $s$ the WSPD is built as shown. In this way the well separated pairs are going to be

I would like to know what is the problem with my example and why every point is in exactly one pair in Well Separated Pair Decomposition?

OK, I found it. The definition says

for any two distinct points ...