I am currently trying to design a graph-based approach for content tagging. In principle I am trying to two two things:

Step 1 I could represent with a simple graph as follows: 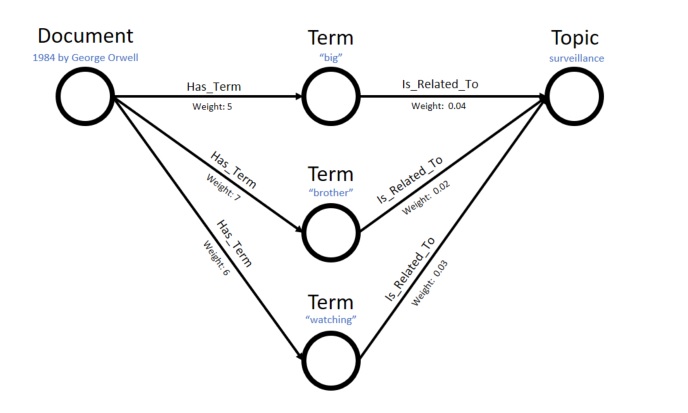 Now for point 2 I need to incorporate user feedback, so I need to link a user to a document to indicate that the user has read it and then link the user to the topic, indicating that the user believes the document is about that topic. 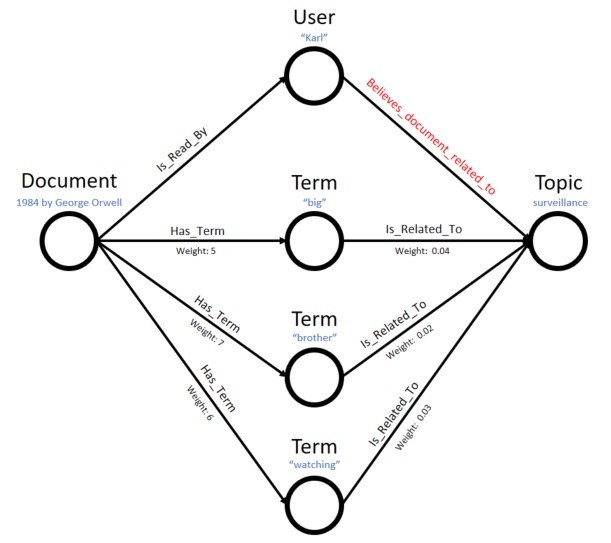 But this doesn't really work. "Document is_read_by User" correctly describes the relationship between the document and the user, but "User believes_document_related_to Topic" is not a valid relationship because it is contingent on a specific book - in this case 1984 by George Orwell.

My question is, how could I build this relationship with a graph? I.e for each user I want to be able to capture the following information.

(Of course, the idea is to allow multiple users to give feedback, thereby strengthening/weakening the relationship between the document and the topic).

One way to express this as a graph is to draw an edge from the document (1984 by George Orwell) to the topic (Surveillance), labelled with the user who approved that relationship (e.g., the label might be: user_believes_doc_is_related_to: "Karl").

Not the answer you're looking for? Browse other questions tagged graphs machine-learning natural-language-processing or ask your own question.